Ryan Fitzpatrick has retired after 17 seasons in the NFL 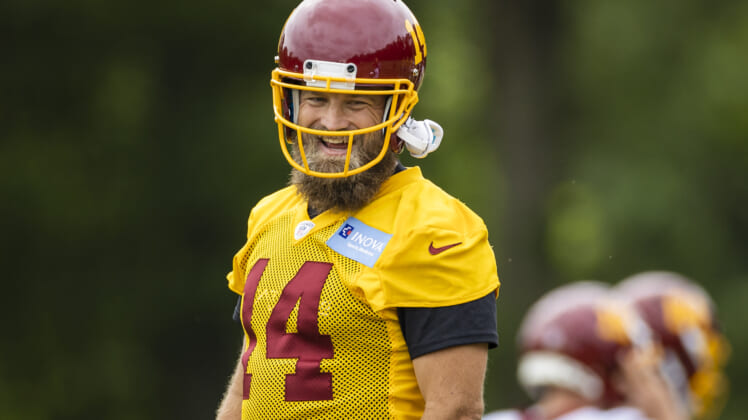 Ryan Fitzpatrick is calling it a career after 17 well-traveled seasons in the NFL.

Quarterback Ryan Fitzpatrick is one of the most well-traveled players the NFL has ever seen. The Arizona native was taken in the seventh and final round of the 2005 NFL Draft by the then-St. Louis Rams. In being the 250th pick overall, Fitzpatrick should have had a professional football career that amounted to a cup of coffee in the big time. However, he was able to stretch out his tenure in the league in ways no NFL expert could have ever imagined.

Over 17 seasons in the league, the colorful and well-beared signal-caller played for nine different organizations. The majority of his tenures with the Rams, Bengals, Titans, Texans, Jets, Buccaneers, Dolphins, and most recently the Washington Football Team were short stays that lasted no longer than two seasons. However, it was during his four-year run with the Buffalo Bills that Fitzpatrick had consistent success.

Related: Find out what are the top-10 games on the 2022 NFL schedule

While the Bills never finished with a .500 or better record in the games he started, Fitzpatrick had some of his best years as a pro in Buffalo. He threw for 3,000 yards or more three times in the Blue-and-Red and also had three of his four best touchdown totals in those seasons.

That memorable connection is how the NFL world found out that the veteran passer would be calling it a career. On Thursday, Fitzpatrick’s former Bills teammate Fred Jackson tweeted a screenshot of what is reportedly a text from the QB. The exchange features a collage of NFL player names and a message saying, “Forever grateful for the magical ride.”

Jackson captioned the tweet by writing, “Congrats on a Helluva career, Fitzy!! Loved sharing the field with you!! The gratitude is all mine!!”

Following Jackson’s tweet, both the NFL Network and ESPN confirmed the news that Fitzpatrick is indeed retiring from the NFL.

Ryan Fitzpatrick’s best season came in 2015 with the New York Jets when he led the team to a 10-6 record. He threw for a career-best 3,905 yards and 31 touchdowns. He started games for all nine organizations that he played for.

In December, his season in Washington ended early after requiring season-ending hip surgery.