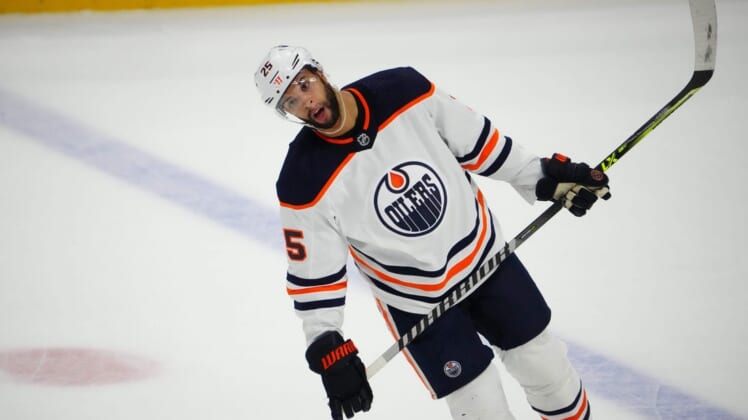 Nurse said he suffered the injury on April 22 against the Colorado Avalanche, with five games remaining in the regular season. The only playoff contest he missed was the one-game suspension he served for a headbutt.

Nurse, 27, said he taped up and took anti-inflammatories during the postseason.

“There’s no excuse when you get to this point in the season,” Nurse said early Tuesday morning after the Oilers were eliminated by the Avalanche in four games in the Western Conference finals. “Everyone’s banged up this time of year. And myself personally, I wanted to be better in this series. It’s just added motivation for summer to come back and be a difference-maker next year.”

Nurse finished with six points (two goals, four assists) in the postseason and led all Oilers blueliners with 20:18 of ice time in Game 4. He averaged 25:03 minutes of ice time during the regular season and tallied 35 points (nine goals, 26 assists).