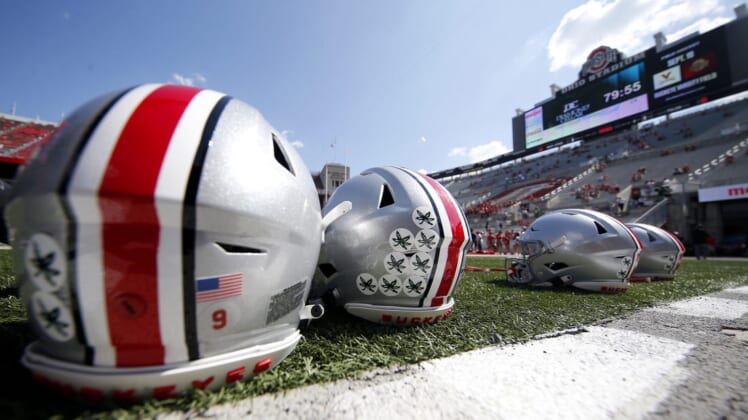 Moore, who attends DeMatha Catholic High School in Maryland, is the No. 53 overall recruit and No. 5 defensive lineman in 247Sports’ rankings. He is also the Buckeyes’ 14th four-star commitment to go along with two five-star wide receivers, Brandon Inniss and Carnell Tate.

Chase Young also starred at DeMatha before committing to the Buckeyes, developing under defensive line coach Larry Johnson and ultimately going No. 2 overall in the 2020 NFL Draft.

“Having the chance to play with one of the best D-line coaches ever, it’s definitely an experience that a lot of players had, and is something I want to have,” Moore told 247Sports, “so it’s definitely a blessing to be able to play there.