Oh no, Geno Smith is now a flat Earth truther 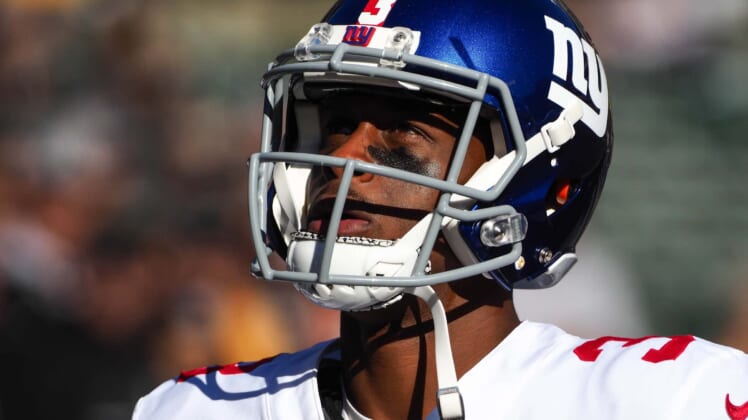 We’re really starting to wonder what type of science some colleges around the United States are teaching. Duke University already has us questioning its science department after Boston Celtics guard Kyrie Irving proved himself to be a flat Earth truther. It was one of the craziest stories of the time, one that led to Irving getting ridiculed on an never-ending loop.

Joining Irving in this weird truther movement is none other than New York Giants quarterback Geno Smith. Really. He even took to Twitter to question logic, science and common sense.

Before you judge, do some homework? Hate to tell you this, Geno. You’re not the modern version of Nicolaus Copernicus, somehow going away from the grain to introduce the heliocentric theory of the universe. But fret not, we won’t imprison you for this belief. We’ll just go ahead and mock you to no end.

Really. What is even the point of debating the possibility of the flat Earth theory? It’s not like we have visual evidence that this isn’t true. Oh wait, we do.

For Smith, this could explain why he’s struggled so horribly as an NFL quarterback. Maybe he’s out there attempting to throw the football completely off the end of the flat Earth. That would explain a lot.