Oakland Athletics outfielder Ramon Laureano received an 80-game suspension without pay from MLB on Friday for testing positive for the performance-enhancing substance Nandrolone.

Laureano, 27, was batting .246 with 14 home runs and 39 RBIs in 88 games this season and had just agreed to move to right field with Oakland’s recent acquisition of Starling Marte.

“I would never knowingly ingest any banned substance and put the game that I’ve loved all my life at risk,” Laureano said in a statement released through the MLB Players Association. “When I found out that I tested positive for nandrolone, I was shocked. I take great care of my body and have an extremely regimented diet.

“Based on the miniscule amount that was briefly in my body, I’ve learned that it is likely that it was contamination of something I ingested.” 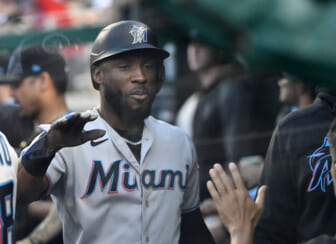 “I am devastated,” Laureano said in his statement. “Anyone who truly knows me as a person knows how much I love the game and that I would never intentionally do something like this.”

The A’s are 61-48 this season entering Friday’s play and in second place in the American League West, four games behind the Houston Astros.