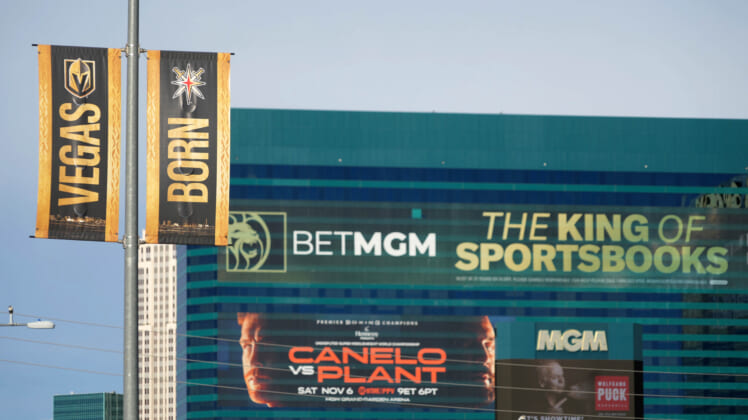 There’s a decent chance that the small-market Oakland Athletics will head to the Las Vegas desert at some point within the next few years.

Back in May, MLB Commissioner Rob Manfred gave the A’s the green-light to seek relocation to the Vegas metropolis as talks regarding a new stadium in Northern California continue to flounder.

Since then, Oakland’s brass has been in and out of Las Vegas on a near never-ending loop — looking at potential locations and talking with city leaders.

Now comes this piece of information courtesy6 of CNBC (h/t Las Vegas Review-Journal) indicating that the Oakland Athletics are eyeing the Tropicana Hotel location just off the Las Vegas strip as a potential site for a new stadium. The report also indicates that two other sites are in consideration, one owned by Wynn Las Vegas and the other by Caesars Entertainment. 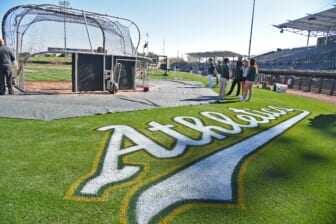 A’s President Dave Kaval indicated recently that the team did put an offer of $1 billion on a site where it could potentially build a $1 billion stadium in the desert mecca. Kaval did not offer any insight to here the site was located, but did add that the A’s are down to three possibilities.

Led by a cheap owner in John Fisher (Gap Inc. head man and multi-billionaire), the A’s continue to be at odds with local leaders in Oakland regarding a new stadium. Currently, they play at the most rundown venue in the professional sports world. That’s not hyperbole.

The on-field impact is by now well known with the Oakland Athletics’ payroll continually being among the smallest in baseball and roster turnover being the name of the game. That might be magnified this winter with the A’s selling off big-name players such as Matt Olson and Matt Chapman in order to start anew with a rebuild. Simply put, MLB and the A’s know that the status quo is not sustainable in Northern California.

As for the city of Oakland, they have also lost the NBA’s Golden State Warriors to San Francisco and the NFL’s Raiders to Las Vegas over the past few years. It really is on the verge of becoming nothing more than a flyover city.

In addition to Vegas, the A’s were previously looking at potential sites in Portland and Nashville. However, Las Vegas has taken the overwhelming lead with its thirst for another professional sports team following the success of the Raiders and NHL’s Golden Knights.

This past summer, Soo Kim, the Bally’s Board of Director, indicated that the company would entertain the Oakland Athletics if officials were indeed interested in the Tropicana site.