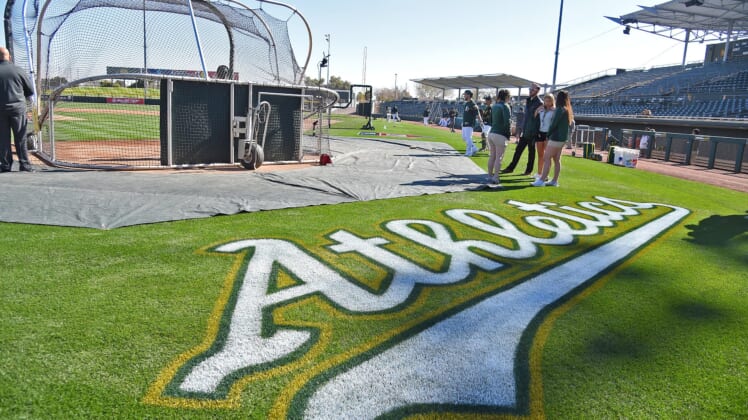 It was reported back in May that the Oakland Athletics are considering potential relocation to Las Vegas after MLB told the organization to look for alternatives outside of Northern California.

This idea has been decades in the making. With the A’s struggling to secure a new stadium in Oakland, Major League Baseball is finally on the verge of giving up hope on a city that has hosted the baseball team since all the way back in 1968.

This took another step forward following a vote by the Oakland City Council on Tuesday that was not met with support from the Oakland Athletics’ brass. The team’s proposal for a waterfront ballpark in Oakland was not approved by the City Council. Rather, said council voted to support a counter-proposal that the A’s couldn’t get behind.

“The current term sheet, even with these amendments is not something the A’s have consensus around,” A’s president Dave Kaval said during the meeting. “I just really want to stress that voting yes on something that we don’t agree with… is not an effective path forward.”

Without any type of approval of the A’s proposal for a multi-billion dollar project that includes a $1 billion stadium, Kaval had noted in the past that it would be difficult to move forward, “making relocation more of a possibility.”

The backdrop here is members of the Oakland Athletics’ hierarchy taking a fourth trip to Las Vegas since Major League Baseball gave the organization the go-ahead to seek relocation earlier in the year.

According to Mick Ayers of the Las Vegas Review-Journal, Kaval will join others in the Las Vegas Valley later this week to look at potential sites for a $1 billion ballpark in the desert metropolis.

Vegas has long been considered a potential destination for a MLB team with the Arizona Diamondbacks being mentioned in the past.

However, the Oakland Athletics’ situation in Northern California coupled with their continued relationship with leaders in Southern Nevada has made this a real possibility over the past several months.

It’s important to note that there’s a ton of potential locations for a stadium in the Las Vegas metropolitan area, including the suburbs of Henderson and Summerlin as well as the famed Vegas strip.

With the A’s Triple-A team housed in Summerlin and the NFL’s Raiders relocating from Oakland to Las Vegas, it sure looks like something could be afoot here.