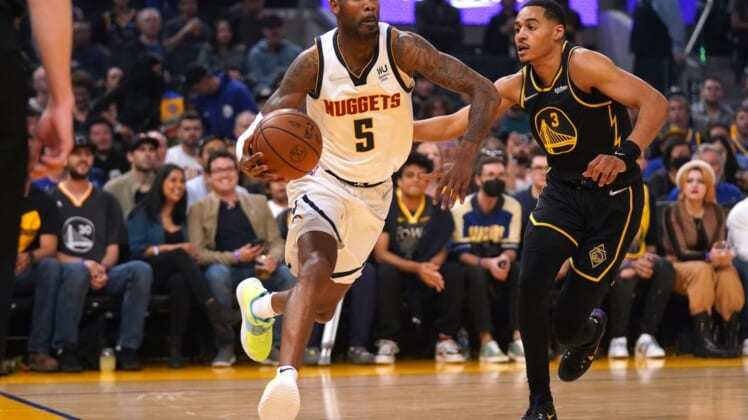 The Denver Nuggets and Washington Wizards finalized a four-player trade on Wednesday.

The Nuggets are sending guard Monte Morris and swingman Will Barton to the Wizards in exchange for guards Kentavious Caldwell-Pope and Ish Smith.

With the move, Smith will be playing for his 13th team — an NBA record.

“We’re very excited to add Monte and Will as proven players at the point guard and shooting guard positions, two areas that were top priorities for us to address during this offseason,” Wizards president and general manager Tommy Sheppard said in a news release announcing the trade. “Monte has steadily improved his all-around game and is coming off a career year while Will has been a consistent scorer and three-point threat during his time in Denver.”

Smith, 34, averaged 6.3 points, 3.8 assists and 2.2 rebounds in 65 games (one start) between Washington and the Charlotte Hornets last season.