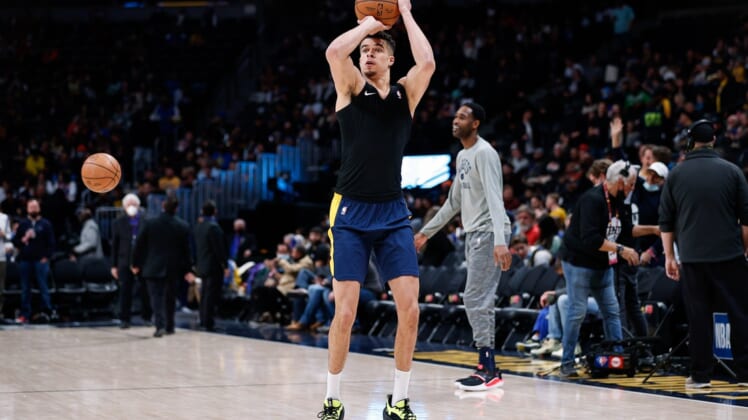 Denver Nuggets forward Michael Porter Jr. is hopeful of returning to action sometime during the first-round series against the Golden State Warriors.

Porter has been sidelined the past five-plus months due to another back injury. He underwent surgery on Dec. 1, marking his third major procedure in the past 4 1/2 years.

“Right now, I’m taking it game by game. I’m not ruling anything out,” Porter told ESPN after Denver’s 123-107 loss in Game 1 on Saturday. “This is a thing I don’t ever want to deal with again, so I’m just taking my time. … Every day I’m getting closer.”

Porter, 23, initially was forecasted to return in March but he said a setback pushed back the timeline.

“I was ready to step back up. Just got a tiny bit sore, so I realize about a month ago that I was good, but I was pushing myself too hard to get back,” Porter said. “I can do anything. I have no restrictions. But when I got back to playing full speed and doing everything, that’s when I just got a little sore.

Porter was averaging 9.9 points and 6.6 rebounds in nine starts this season before being shut down.

Porter’s first back surgery occurred during his lone college season (2017-18) at Missouri. He had the surgery done after playing in one game and returned to play in two others.

After being the No. 14 selection by Denver in the 2018 draft, Porter had his second back surgery and missed the entire 2018-19 season while recuperating.

In September, Porter signed a five-year, $172 million extension that begins next season.