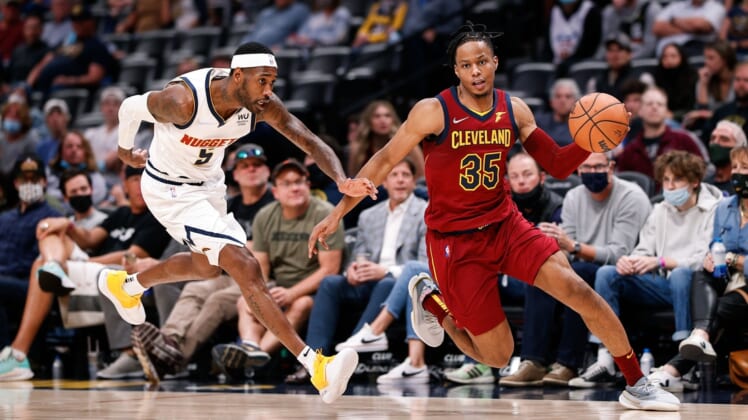 Cleveland Cavaliers coach J.B. Bickerstaff endorsed his team’s effort and grit in its 118-114 loss to the Philadelphia 76ers on Wednesday.

“If we play the way we played tonight, we’re going to give ourselves a shot,” he said. “We don’t expect anything less than our guys to fight and scrap. We set that standard (at the) beginning of the year, we set that in wins and losses. This is who we are, and this is who we’ve been for a majority of the year. I thought our guys lived up to that tonight.”

They’ll need to display more of that mettle on Friday night when they host the Denver Nuggets.

The Nuggets set a franchise record with their seventh consecutive road victory on Wednesday with a 127-109 decision over the Washington Wizards.

With Denver, the Cavs will face reigning MVP Nikola Jokic, once again in consideration for the award. This comes one game after a matchup against Philadelphia center Joel Embiid, who turned in a monster game with 35 points, 17 rebounds and five assists.

Jokic, a 6-foot-11, 284-pounder, is coming off an impressive game against the Wizards with 29 points, 13 rebounds and eight assists, all while sitting out the fourth quarter.

Nuggets coach Michael Malone said he rested Jokic partly due to back tightness and said he could have returned, if needed.

“That man, his in-shape-ability, he plays every single night, bro,” Denver guard Austin Rivers said. “With the weight of carrying us on his shoulders every night. Every night. And that’s not a burden most guys can take. There’s like three or four guys in the league that can do that.”

The Cavs will be facing the Nuggets’ big man without their starting center, Jarrett Allen, who is out with a fractured left middle finger. He could miss the rest of the regular season.

A lot has been heaped on the shoulders of rookie center Evan Mobley, who finished with 13 points, nine rebounds and a block against the Sixers. He got off to an extremely slow start and was non-existent in the first half against Embiid.

Moses Brown, currently on a 10-day contract, likely will see more action against Denver. The 7-2, 245-pounder from UCLA had eight points, two rebounds and two steals in 11 minutes on Wednesday. He’ll likely be signed to another 10-day contract.

Both Denver and Cleveland are sixth in their respective conferences entering play Thursday. The Cavs handled Denver in the first meeting this season, 99-87, on Oct. 25.

After missing nine games with a sprained foot, Cavs swingman Caris LeVert has been a welcome addition in his two games back in the lineup. He is averaging 13.0 points, 4.0 rebounds and 5.0 assists since his return.

LeVert said when he’s on the court with All-Star guard Darius Garland, it puts added pressure on opposing defenses. He said they both can initiate the offense and break down a defense off the dribble.