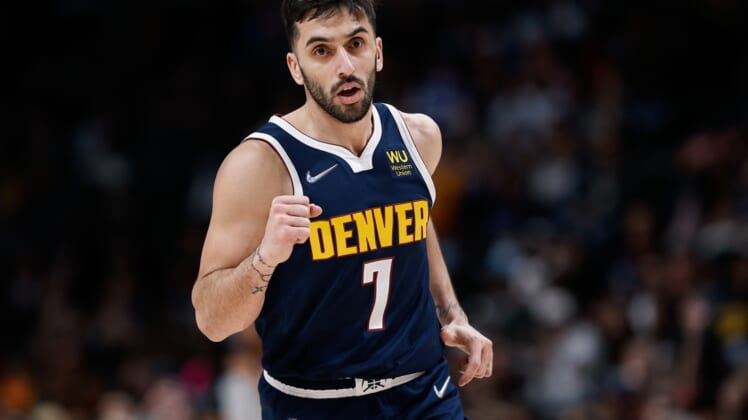 Denver Nuggets guard Facundo Campazzo was suspended one game Wednesday for his shove of Los Angeles Lakers guard Wayne Ellington, who was fined $20,000 for escalating the feud.

The incident occurred in the second quarter of the Lakers’ 146-141 overtime victory over the Nuggets on Sunday. After the momentum from a layup attempt took him out of bounds, Campazzo re-entered the court with a shove from behind to the lower back of Ellington, who fell to the floor.

Campazzo was assessed a Flagrant Foul 2 and ejected from a game in which the Nuggets were resting four starters.

Ellington was fined for escalating the incident with a threatening comment on social media after the game.