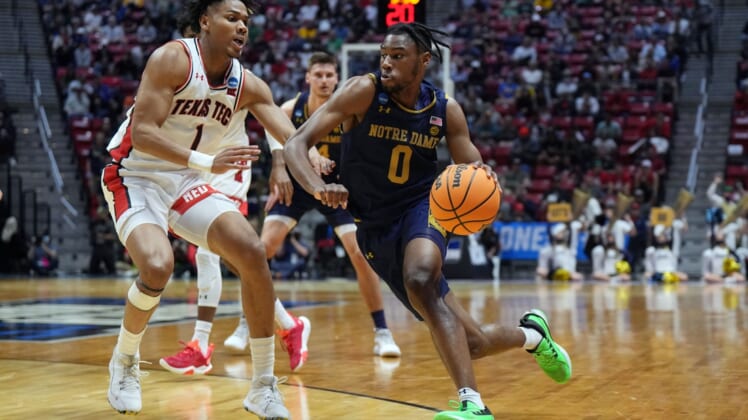 Notre Dame freshman guard Blake Wesley said Wednesday that he is declaring for the NBA draft.

Wesley indicated he plans on staying in the draft despite enjoying his one season in South Bend. It is possible he will be an NBA lottery pick.

“Playing for the Notre Dame family and the South Bend community has made this year an incredible experience,” Wesley said in his announcement on Twitter. “It has always been a dream and a goal for me to play at the next level …

“With that being said, I would like to announce that I will be entering my name in the 2022 NBA Draft.”