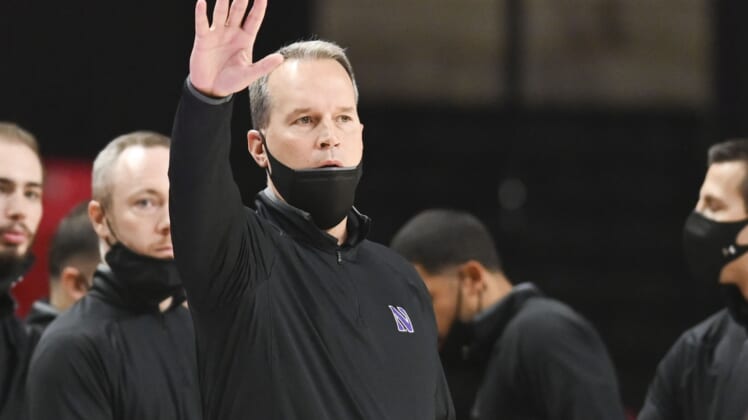 Pete Nance had 15 points and eight rebounds and Ty Berry and Boo Buie chipped in 11 points apiece as host Northwestern extended its winning streak to three games with a 90-50 rout of Illinois-Springfield on Monday night in Evanston, Ill.

The Wildcats (8-2) shot 55.2 percent compared to 30.9 percent for Illinois-Springfield while forcing the Prairie Stars into 16 turnovers.

UIS (4-7) lost for the fourth time in six games. The Prairie Stars shot 10-for-25 from 3-point range, with Chris Hamil collecting four of the team’s makes from deep.

Northwestern led by as many as 42 points down the stretch in its penultimate tune-up before resuming Big Ten Conference play when the calendar turns to 2022. The Wildcats are set to host Prairie View A&M on Dec. 30, then will welcome Michigan State on Jan. 2 in the fourth game of a five-game homestand.

The Wildcats opened the second half on a 17-0 run to take a 64-29 lead with 13:53 remaining. The Prairie Stars got on the second-half scoreboard at last on a Kelley trey 21 seconds later.

Robbie Beran had eight points and eight rebounds for the Wildcats, while Ryan Greer dished a game-best five assists.

The Wildcats boasted a 43-31 rebounding advantage and had 24 assists and eight blocks. Northwestern had a 26-1 edge in points off turnovers while outscoring UIS 38-12 in the paint.

Northwestern cruised to a 47-29 halftime lead behind torrid shooting. The Wildcats shot 56.7 percent from the field in the first half while rolling to 6-for-15 accuracy from long range. Berry drilled half of the team’s 3-pointers in the first 20 minutes and matched Nance with 11 points apiece.

UIS had a quick turnaround after defeating visiting Purdue Northwest 78-68 in overtime on Sunday afternoon.