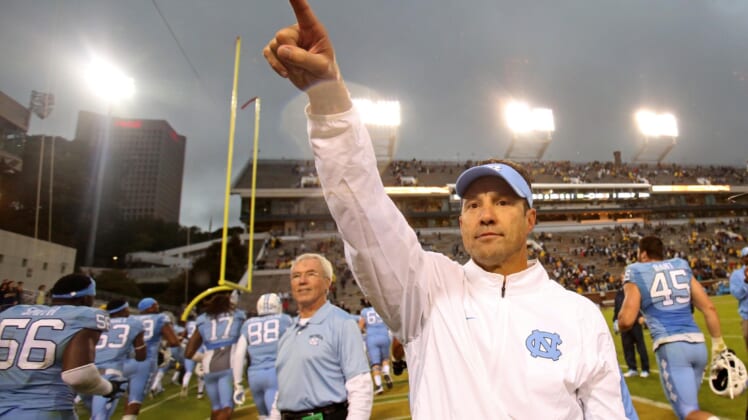 The North Carolina football program will continue to be Larry Fedora’s baby for the foreseeable future after the school officially extended his contract through the 2022 season.

Larry Fedora has received a contract extension at UNC. His contract now runs through 2022. Terms of his contract: pic.twitter.com/uWN8K2WAIg

“We are pleased that the Board of Trustees has approved the terms of Coach Fedora’s contract, which will allow him to continue our football program’s success into the next decade,” said UNC Director of Athletics Bubba Cunningham, per the school website. “Under his leadership, our student-athletes are succeeding in the classroom, contributing positively to our community – and competing for championships. We know this was a lengthy process, but we wanted to make sure the terms were appropriate for both Coach Fedora and the University.”

Since Fedora’s arrival in 2012, the Tar Heels have featured a winning season every year except for one. In total, he’s led the program to a 40-25 record, two ACC Coastal division titles and has one bowl game victory to his credit.

“I enjoy coaching at the University of North Carolina and I appreciate the trust Chancellor Folt and Bubba Cunningham have shown in the leadership of our program,” Fedora said. “Our staff and players have worked diligently over the last five years to build a program that encompasses all aspects of the student-athlete experience, while simultaneously achieving success on the field.”

The 2015 campaign marked the best season since Fedora began, with the Tar Heels going 11-3. Last year, they dropped a bit to 8-5, though the school has a feather in its cap in Mitch Trubisky, who went No. 2 overall to the Chicago Bears in the 2017 NFL Draft.