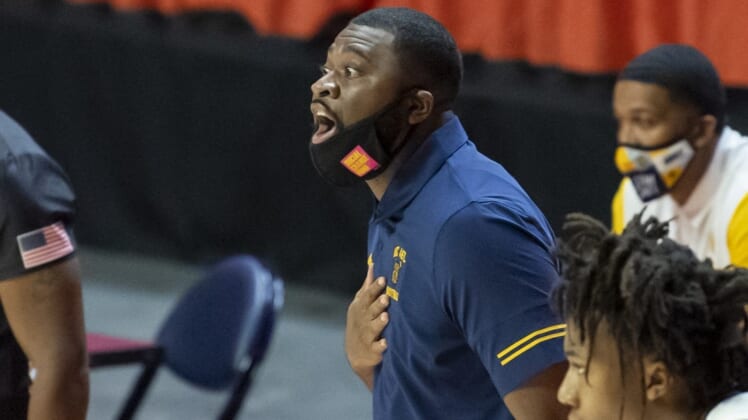 North Carolina A&T fired men’s basketball coach Will Jones on Thursday, a few weeks before the start of practice for the 2022-23 season.

Assistant Phillip Shumpert was named interim head coach, and the school will wait until after the upcoming season to conduct a search for a permanent replacement.

“We appreciate all that coach Jones accomplished for the North Carolina A&T men’s basketball program and wish him well in his future endeavors,” athletic director Earl Hilton said in a release. “We will rally around coach Shumpert as he prepares our young men for our first season in the CAA (Colonial Athletic Association).”

Jones went 37-35 in parts of three seasons for the Aggies, including a 24-15 mark in league play. The Aggies played in the Big South conference in 2021-22 and the MEAC the two previous years. They were MEAC regular season champions in the 2020-21 season.

Jones took over for Jay Joyner in December 2019 and was named the permanent head coach before the following season.