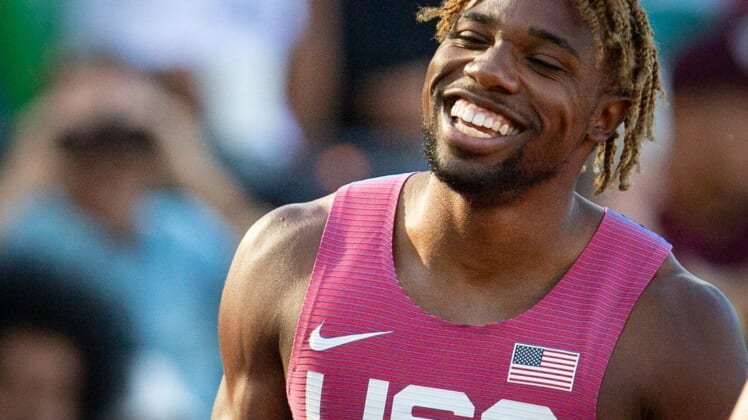 Noah Lyles sped through 200 meters in 19.31 seconds on Thursday night, surpassing the longstanding American record by legendary Michael Johnson by .01 second at the track and field world championships in Eugene, Ore.

Johnson set his memorable record by winning the gold medal in the 1996 Olympics in Atlanta. Lyles barely eclipsed the mark during a race in which he continued to pull away from the field until crossing the line.

“I saw the time pop up and saw I tied Michael Johnson’s record. I was like, ‘Really, you’re going to do me like that?'” Lyles told reporters. “Then, that number changed from two to a one and my whole world changed.”

Lyles, who turned 25 on Monday, won the bronze medal in the 200 at the Tokyo Olympics.