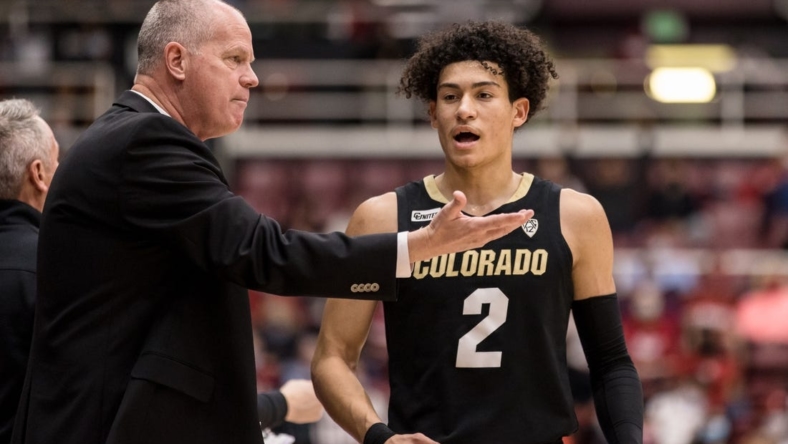 Noah Fernandes scored 22 points and UMass withstood shaky late-game stretches to survive with a 66-63 victory against Colorado on Thursday afternoon in the Myrtle Beach Invitational at Myrtle Beach, S.C.

RJ Luis added 18 points off the bench and Isaac Kante had 10 for the Minutemen.

Colorado’s KJ Simpson, who was the Pac-12 Conference Player of the Week for the opening week of the season, had two chances to tie with 3-point shots in the waning seconds but couldn’t connect.

Tristan da Silva led Colorado with 17 points and KJ Simpson finished with 13. The Buffaloes shot just 6-for-25 from 3-point range, preventing them from following up on Sunday’s upset of then-No. 11 Tennessee.

UMass (2-1) takes on the winner between Murray State and No. 24 Texas A&M in Friday’s semifinals. Colorado (2-2) takes on the loser of Thursday’s second game.

Fernandes aside, the other UMass starters combined for nine points. The Minutemen were hurt by 18 turnovers.

Colorado went cold after the six-minute mark in the second half, with its next field goal coming on da Silva’s 3-pointer with 1:17 to play to close the gap to 65-61. After a UMass turnover, da Silva’s jumper halved the deficit.

Fernandes missed at the other end, but da Silva’s potential go-ahead 3-pointer was off the mark.

Fernandes then made the first of two free-throw attempts with nine seconds to play.

Fernandes and Luis combined for 28 of the first 44 points for UMass. But at that point, some of the offense dried up.

Colorado scored eight of the next 11 points in the game, pulling even at 47-47. The Minutemen had a stretch of more than six minutes without a field goal.

Yet when Luis hit a 3, UMass had the lead again with just more than 13 minutes to play. The gap extended to 61-52 before Colorado made another comeback bid.