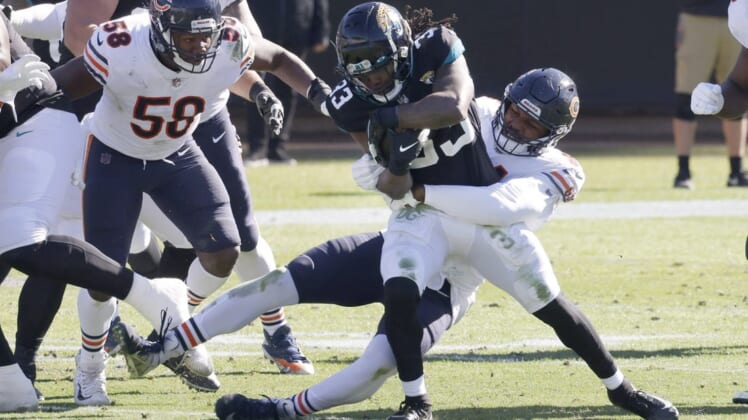 Contract posturing might not have ended for All-Pro linebacker Roquan Smith and defensive end Robert Quinn, who reported to the Chicago Bears on schedule for the start of training camp.

Smith and Quinn are angling for contract extensions following stellar seasons in 2021 and are unsigned past 2022.

Smith, 25, is owed $9.7 million this season and already proved he’s willing to draw a line in the sand on money matters, having held out for the first month of camp as a 2018 rookie in a contract language dispute.

“I love the player and the person,” first-year GM Ryan Poles said of Smith on Tuesday.

Poles said the Bears are aware of contract situations with several key veterans — running back David Montgomery has also entered the final season of his contract — that will be addressed. The Bears are scheduled to have nearly $115 million in cap space in 2023.

Quinn, 32, did not attend offseason workouts or mandatory minicamp after posting 18.5 sacks last season. He has $12.8 million due in 2022, but has a history of back injuries and has been rumored to be on the trading block.