No. 8 Alabama cruises to 34-0 shutout over Austin Peay 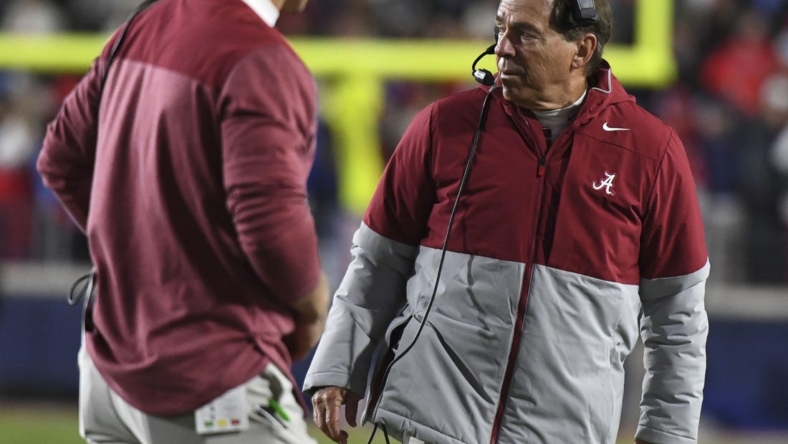 With their backfield short-handed, Jase McClellan ran for 156 yards and two touchdowns to lead the host Alabama Crimson Tide to a 34-0 victory over Austin Peay on Saturday afternoon in Tuscaloosa, Ala.

The Crimson Tide (9-2), ranked No. 8 in the latest College Football Playoff standings, took care of business a week before their annual Iron Bowl matchup with rival Auburn as they hope to sneak into the playoffs if they can get some help over the final two weeks.

Austin Peay (7-4) will now wait to see if it can earn a spot in the upcoming Football Championship Subdivision playoffs. Quarterback Matt DiLiello completed 20 of 32 passes for 147 yards, but was intercepted twice — first by Kool-Aid McKinstry and later by Brian Branch.

Alabama’s offense was without starting running back Jahmyr Gibbs, who sat out with an ankle injury.

It didn’t keep them from a strong start as quarterback Bryce Young directed the Tide on a 13-play, 92-yard drive to open the game, which was capped by a 1-yard touchdown run by McClellan.

The Crimson Tide sputtered a bit after that both on offense and special teams for part of the first half.

A muffed punt by Alabama when the ball hit Kendrick Law on the helmet allowing the Governors to recover at the Crimson Tide 36. But Alabama’s defense stopped Austin Peay on downs inside the 5.

The Governors failed to capitalize on a Tide turnover on their ensuing possession after kicker Maddux Trujillo missed wide left on a 25-yard field goal.

Alabama began to break it open at that point as Young connected with Jermaine Burton for a 4-yard touchdown pass.

Young completed 18 of 24 passes for 221 yards, two touchdowns and no interceptions. His second scoring toss also went to Burton from 10 yards out with 13:20 left in the fourth quarter. Burton caught all seven of his targets for 128 yards.