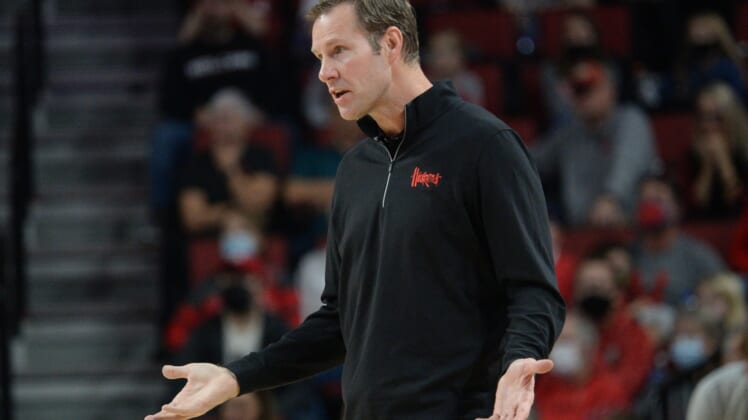 It was smooth sailing for No. 18 Auburn on Saturday in a 99-68 victory over Nebraska in the opening game of the Holiday Hoopsgiving event at Atlanta.

Jabari Smith scored 21 points and Wendell Green Jr. added 19 as Auburn (8-1) used a 13-0 spurt in the opening nine minutes to build a 23-9 lead and never looked back en route to the victory.

Devan Cambridge scored 14 points for the Tigers, who had five players in double figures.

C.J. Wilcher scored 17 points for Nebraska, making each of his last four field goals. Bryce McGowens had 14 points for the Cornhuskers (5-6), while Derrick Walker had 10 points and 10 rebounds.

Jaylin Williams scored 10 points for Auburn and was a catalyst early for the Tigers, scoring seven points in the first-half 13-0 run in proving to be productive off the bench.

Nebraska briefly cut the deficit to 14 points at 55-41 early in the second half thanks to a 9-2 run, but an Auburn timeout led to the Tigers scoring 27 of the next 36 points to put the game out of reach. That run was highlighted by a 3:45 stretch where the Tigers were 6 of 8 from the field

Nebraska committed 20 turnovers that led to 30 Auburn points, including 11 turnovers in the second half. Auburn also had a 27-4 advantage in fast-break points.

K.D. Johnson scored 12 points for Auburn, while Green had a team-leading six rebounds and six assists. Alonzo Verge Jr. scored 10 points for Nebraska but had seven of the Cornhuskers’ 20 turnovers.