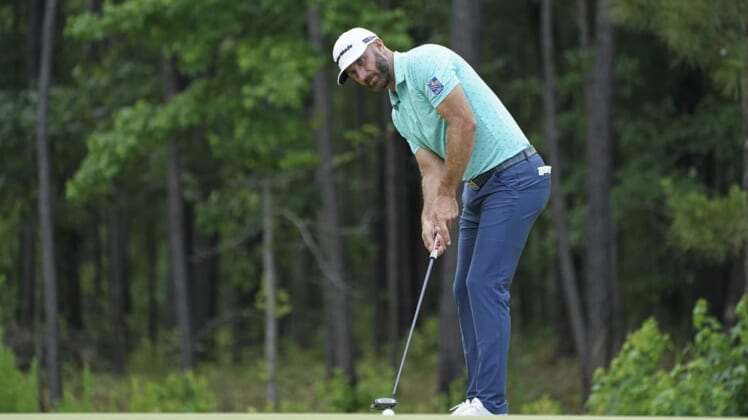 The $177,025 he earned for finishing in a tie for 10th place at the Palmetto Championship at Congaree on Sunday vaulted him over Jim Furyk and into third place in PGA earnings. His total winnings of $71.6 million trails only Tiger Woods ($120.9 million) and Phil Mickelson ($94.6 million).

Spain’s Jon Rahm is listed as the favorite at Torrey Pines by DraftKings (+1050) and BetMGM (+1000), with Johnson in second at +1500 and +1400, respectively. DraftKings also is offering Bryson DeChambeau and Xander Schauffele at +1500.

Also in the U.S. Open field will be Mickelson, who turns 51 on Wednesday. He won the PGA Championship last month for his 45th tour victory. Woods, with 82 wins, remains idle as he recovers from serious injuries sustained in a car accident in February.