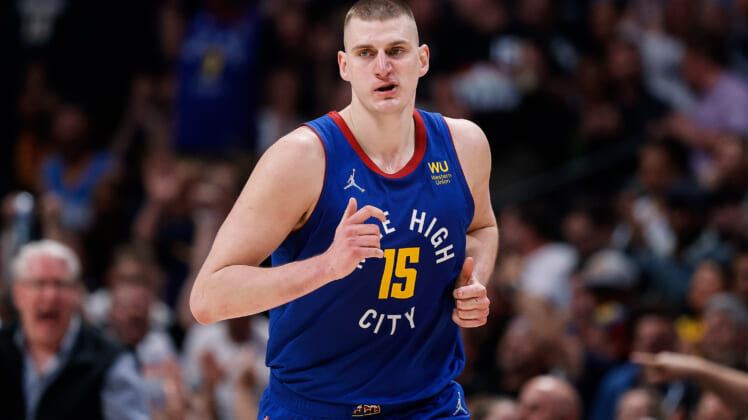 Golden State Warriors head coach Steve Kerr is thrilled he won’t have to game plan for NBA MVP favorite Nikola Jokic for the rest of this season because of the Denver Nuggets player’s “ridiculous” talent.

The Nuggets’ 2021-2022campaign did not end in the way that they had hoped. After posting a strong 48-34 record this season, the sixth-seeded team was bounced in the opening round of the NBA playoffs to the second-seed Golden State Warriors. However, their disappointing finish certainly had nothing to do with the performance of Jokic.

The 27-year-old superstar maintained his outstanding play from the regular season in the playoffs as he tried to carry his team to an upset series victory over the Warriors. In the end, the Denver Nuggets came up short and were sent home after five games. Through his efforts, Nikola Jokic earned even more respect from the championship stalwarts on the Warriors team and coaching staff.

“Jokic is ridiculous. I’m really happy to not have to worry about him anymore,” Golden State Warriors head coach Steve Kerr said after their 102-98 Game 5 win. In defeat, Jokie once again showcased his amazing talent by nearly posting a triple-double with 30 points, 19 rebounds, and eight assists on Wednesday night. He scored 30 or more in three of the five games and pulled down double-digit boards in four of the series’ matchups.

One player who has been there for the Warriors’ rise to dynasty status is four-time NBA All-Star Draymond Green. The 10-year veteran is not easy to impress and has faced the elite of the league in countless NBA playoff games. However, he was so dazzled by Jokic’s performance in their series that he actually thanked the tough and durable native of Serbia after Game 5 for making him a better player.

“I just told him, ‘Thank you for making me better.’ It’s absolutely incredible to play against a guy like that,” Green said after the Warriors win … Usually, when you have a guy that’s that talented and that skilled, they are a little soft. He’s far, far from soft.”

Following their elimination from the 2022 NBA playoffs, Jokic said he would very much “like” to sign the supermax contract extension he is now eligible for if the Nuggets offer it. A max deal would net Jokic $254 million over five years.