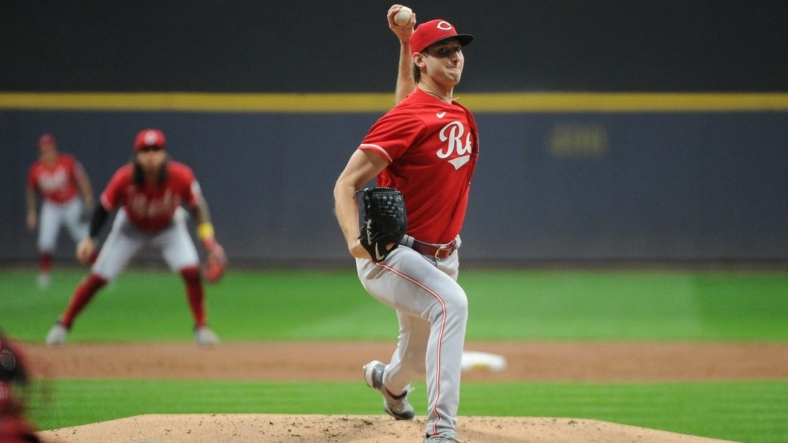 The Reds (56-80) have won three straight and are 5-2 this month. The Brewers (73-66), who fell 3 1/2 games behind the Philadelphia Phillies in the race for the final National League wild card spot, had their two-game winning streak snapped and fell to 4-6 in September.

Lodolo (4-5) allowed two runs on five hits – including a two-run homer by Tyrone Taylor in the third inning – and walked none in winning for the first time since July 25. The left-hander was 0-2 in seven starts between victories despite a 3.32 ERA.

Entering Friday, Lodolo hadn’t thrown more than seven innings or struck out more than nine batters in any of his first 14 starts.

Friedl homered on Alexander’s third pitch, after which Jonathan India tripled and scored on Kyle Farmer’s single. After Jake Fraley was hit by a pitch, Donovan Solano delivered an RBI single. Aristides Aquino drew a walk before Nick Senzel hit into a run-scoring double play. Jose Barrero followed with an RBI single.

The top of the order fueled a three-run ninth inning. Friedl hit a leadoff single and India homered. One out later, Fraley homered.

Every starter had at least two hits for the Reds except Senzel, who was hitless, and catcher Austin Romine, who went 1-for-4. Farmer and Aquino had three hits apiece.

Mike Brosseau had two hits for the Brewers.

Alexander recovered from the rough start to last 5 1/3 innings. The rookie right-hander gave up nine hits and one walk while striking out four.