There are a few accomplishments that a professional hockey player can achieve that become defining moments in their career. Whether winning an individual award for being the best defenseman, best goalie or scoring the most goals, there is one award that outweighs them all — the Hart Memorial (MVP) trophy.

Nevertheless, winning an award doesn’t necessarily guarantee admission into the Hockey Hall of Fame, but it certainly helps. Despite the praise that follows an individual achievement, the ultimate goal is always to win the Stanley Cup, which requires a team effort.

It would be no surprise to learn that throughout the history of the NHL, several players have gone on to achieve great success, like winning the Hart Trophy, but never won the game’s most coveted prize — the Cup. There have been 61 MVP winners, and all but three eligible players are in the Hockey Hall of Fame. However, the focus here is to highlight those who never won a championship, despite being the league’s MVP.

Billy Burch was the second-ever Hart Trophy winner, taking the prize home in 1925 as a member of the New York Americans. Although he scored the first goal in franchise history, he joined the team after participating in a players’ strike while a member of the Hamilton Tigers.

Burch only played in two playoff games during his NHL career, which lasted ten seasons and 390 games. Even though he never won a championship, he won the Lady Byng Trophy in 1927-28, eventually earning induction into the HHOF in 1974.

Herb Gardiner was 35 years old when he made his NHL debut with the Montreal Canadiens in late 1926, six years after turning professional at 29 in the WCHL. Moreover, he remains the second oldest player to win league MVP, behind Eddie Shore (36). The year he won the Hart Trophy, he did not miss a minute of playing time in 44 games.

Despite finishing his career in 1929 with 100 games played, he only suited up for nine playoff games, unable to advance past the semifinals in those three trips to the postseason.

Roy Worters became the first goalie in NHL history to be named MVP, achieving the feat in 1929 thanks to a 16-12-10 record and 13 shutouts for the New York Americans. Additionally, he earned the Vezina Trophy in 1931, appearing in all 44 games, and was a two-time All-Star — in 1932 and 1934. Eventually, he earned enshrinement at the HHOF despite producing a losing record of 171-230-82 over 12 years with three teams.

Worters may have had a stellar resume in the regular season, which included 68 shutouts; however, he only played in 11 career playoff games over four seasons. He never carried a team past the semifinals and finished with a 3-6-1 record in the postseason.

Tom Anderson is one of only three players, along with Al Rollins and Jose Theodore, to win the Hart Trophy and fail to gain entry into the HHOF upon retirement. Unfortunately, he’s in a smaller group with Theodore as the only players with MVP awards but no Stanley Cup rings or plaques in Toronto (HHOF).

Throughout his career, he played 289 games over eight seasons with the Detroit Red Wings and New York Americans; however, he skated in just 16 playoff games over four campaigns collecting nine points. Furthermore, he never advanced past the semifinals like several players on this list.

Chuck Rayner became the second goalie to walk away with the Hart Trophy after a stellar season in 1950. Even though he finished the year with a 28-30-11 record, he only missed a single game during the regular season. Furthermore, he backstopped the New York Rangers to game seven of the Stanley Cup Final, eventually losing in overtime. 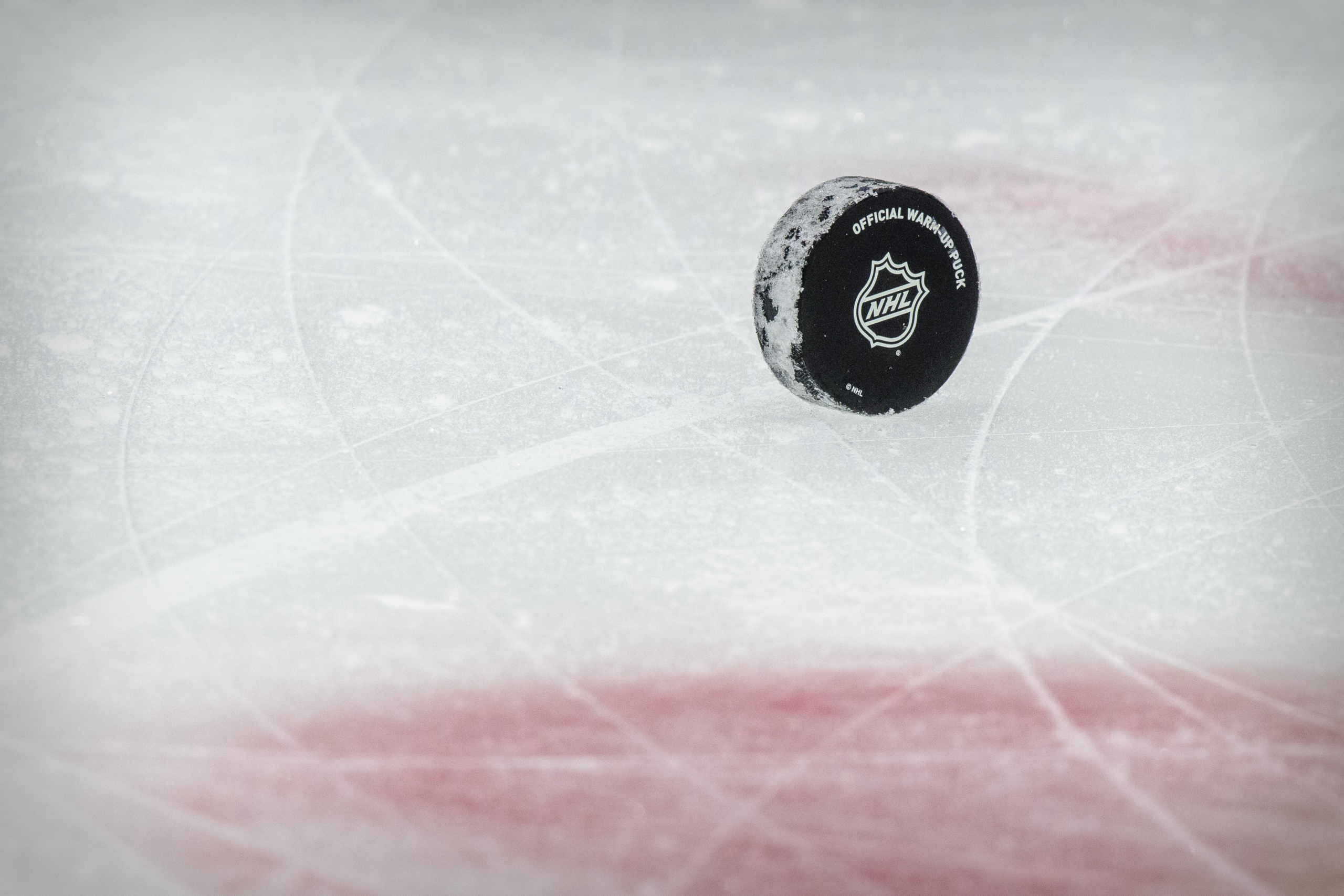 Also Read:
Alexander Mogilny not being in the Hockey Hall-of-Fame is a massive oversight by voters

The 1950 run to the Final (12 games) turned out to be the most playoff action Rayner would see in his NHL career. In his 10 seasons, he appeared in just 18 postseason games, producing a 9-9 record.

Eric Lindros was the ideal power forward with the Philadelphia Flyers in the 1990s, scoring plenty of goals and dishing out even more body checks. As one of the most feared players in the league, he won the Hart Trophy and the Art Ross Trophy (leading scorer) in 1995. A series of concussions ended his brilliant career too soon, forcing him to retire at 33 without winning a championship.

Lindros had one chance to play in the Stanley Cup Final in 1997, which resulted in a sweep at the hands of the Red Wings, who won their first title in 55 years. Despite racking up 865 points in 760 regular season games, The Big E only played on teams who advanced to the playoffs six times, suiting up for 53 games. Although he was a terrific goal scorer, he’s remembered more for taking a hit from Scott Stevens in the 2000 playoffs, ultimately changing the course of his career.

When Jose Theodore won the Hart Trophy in 2002, he became the 16th member of the Canadiens to earn such an honor. Additionally, he won the Vezina Trophy that same season, but his team lost in the second round of the playoffs. He became just the second player in team history, joining Gardiner in 1927, to be named MVP and never win a Stanley Cup.

There could be an argument that Theodore’s best seasons as an NHL goaltender were with the Canadiens; however, he did win the Bill Masterton Trophy with the Washington Capitals in 2010. Despite a distinguished 16-year career (286-254-69) with five franchises, he played in only 53 playoff games and never skated in a conference final, let alone the Stanley Cup Final.

Joe Thornton is the only professional athlete across the four North American sports traded during the season where he earned MVP honors. At the beginning of the 2005-06 season, he was the captain of the Boston Bruins, and by the end of November, he was skating with the San Jose Sharks. Despite adjusting to a new team, he recorded a career-high 96 assists and 125 points to waltz away with the Hart and Art Ross Trophies.

Surprisingly, Thornton ranks 12th all-time in points and 7th all-time in assists and has officially yet to retire from professional hockey. However, despite what his future holds at 43, it is unfortunate that one of the game’s most gifted passers never won a Stanley Cup, only playing in the Final once with the Sharks in 2016. For perspective, Thornton played 24 years in the NHL and didn’t qualify for the playoffs just five times.

Henrik Sedin had an illustrious career with his twin brother Daniel Sedin as a member of the Vancouver Canucks. The pair played the game at a different level, finding each other in situations no one thought possible while perfecting the art of no-look passes. Thanks to an above average hockey IQ, Henrik’s best season came in 2010 when he collected a career high 83 assists and 112 points.

Henrik played in 1,330 games, registered 1,070 points and is considered one of the best Swedish players of all time, eventually entering the HHOF in 2022. He never won a championship, despite playing in 105 games over 11 trips to the postseason. Furthermore, as the captain of the Canucks for eight seasons, he perhaps unfairly faced criticism for not being tough enough to lead the team to a Stanley Cup during his tenure.

Carey Price is one of this generation’s most decorated goalies, with five awards on his mantle, including the Hart Trophy and two Olympic gold medals. He also is the winningest goalie in the storied 105-year history of the Canadiens. Despite all his success, Price has only appeared in one Stanley Cup Final, losing in five games to the Tampa Bay Lightning in 2021.

Price, 35, has had his fair share of personal and professional struggles lately, suiting up for just five games since losing in the 2021 Stanley Cup Final. Although his future remains undetermined, Price’s best days may be behind him, and he risks retiring without a ring. After 15 seasons and ten playoff appearances, he has a losing record of 43-45 in the postseason, which explains why he’s only played in the third round or later on three occasions.

Connor McDavid is the only two-time Hart Trophy winner in NHL history without a Stanley Cup ring on his resume. Although it is too early to tell if he will eventually hoist the Cup with the Edmonton Oilers, he just turned 26 and has only qualified for the playoffs in four of his eight seasons. 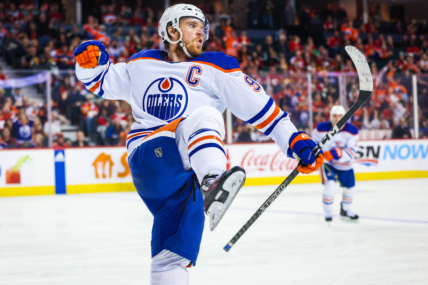 Also Read:
Making the case for why Connor McDavid is this generation’s Mario Lemieux

In 2021-22 the Oilers advanced to the Western Conference Final, the furthest McDavid has ever played in the postseason, bringing his playoff career total to 37 games.

Right now, he’s tearing up the NHL and on a mission to get his team into the Stanley Cup Final for the first time since 2006. Every night McDavid plays is a highlight reel, and if he continues at the torrid pace he’s currently on, he’ll become the first player to score 150 points since the mid-1990s.

Taylor Hall is a former No. 1 overall pick by the Oilers in the 2010 Entry Draft. After six years, Hall parted ways with the Oilers and ended up with the New Jersey Devils in 2017. Within one season with his new team, Hall almost singlehandedly guided the Devils back to the Stanley Cup playoffs, improving by 27 points in the standings. Furthermore, Hall had a career season with 39 goals and 93 points.

Right now, Hall is in the middle of his 13th season in the NHL and has appeared in just 32 playoff games, qualifying with the Devils (five), Arizona Coyotes (nine) and Boston Bruins (18). At the moment, the Bruins (37-5-4, 78 points) are running away with the league’s best record. If their success continues into the playoffs, they could be the favorite to win the Stanley Cup, allowing Hall to add a championship to his resume.

Leon Draisaitl is the only German-born player to claim the Hart Trophy, the Lester B. Pearson and Art Ross Trophies, winning all three awards in 2020. Although he usually plays on the same line as the best player on the planet (McDavid), he outscored his teammate by 13 points, setting career highs with 67 assists and 110 points that year.

But the Oilers have only made the playoffs four times since 2006, allowing Draisaitl to play in only 37 postseason games. Thus far, the furthest he’s advanced has been the third round, but skating along a guy like McDavid, Oilers fans hope the dynamic duo restores the club to their former glory.

Auston Matthews had a banner year in 2021-22, becoming the league’s first 60-goal scorer in a decade and winning his first Hart and Lindsey Awards. Additionally, he claimed his second straight Maurice “Rocket” Richard Trophy, collecting 101 goals over the last two seasons. Despite the abundance of talent on the Toronto Maple Leafs, Matthews has never played in the second round.

Historically, the Maple Leafs now own the record for the longest Stanley Cup drought, last winning the Silver Chalice in 1967. As the last team to win before expansion, the Maple Leafs have yet to return to the Final, never advancing past the third round in 55 years. Thus far, Matthews has suited up for 39 playoff games over six seasons, all first-round eliminations.