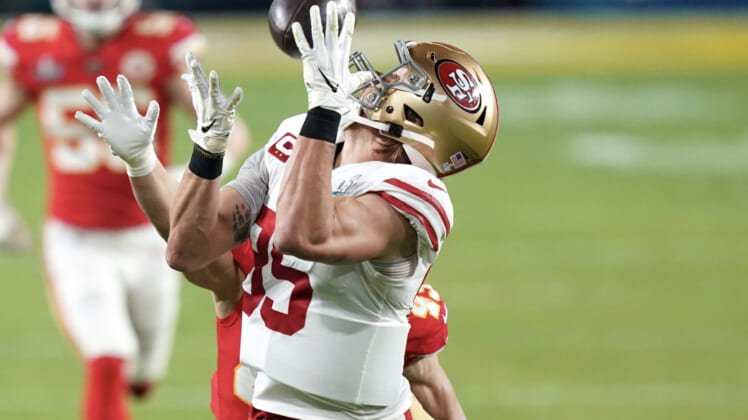 The San Francisco 49ers found themselves tied at 10 late in the second quarter of Super Bowl LIV against the Kansas City Chiefs.

That’s when Jimmy Garoppolo decided to air it out after throwing an ugly interception earlier in the game. He hit All-Pro tight end George Kittle for a huge gain to seemingly set San Francisco up for a go-ahead field goal or touchdown.

Officials on hand at Hard Rock Stadium in Miami had other ideas. They called offensive pass interference on Kittle.

Needless to say, this questionable call led to a whole host of reactions from the NFL world. Most of the reactions were shock that they actually called the penalty.