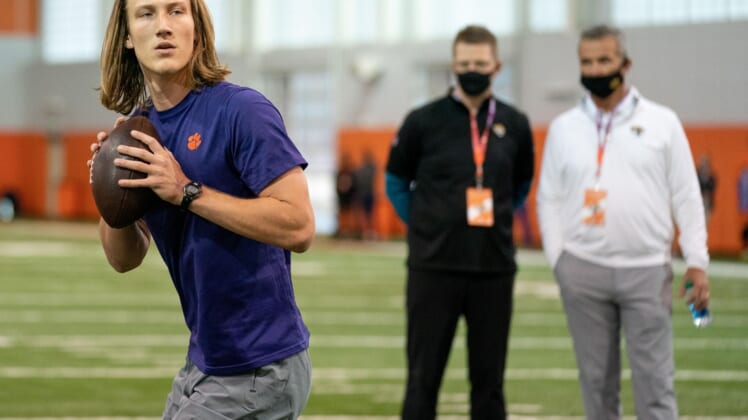 The Jacksonville Jaguars took a full 10 minutes Thursday evening to make the selection everyone has known was going to happen over the past several months.

Jacksonville selected former Clemson standout quarterback Trevor Lawrence with the first pick in the 2021 NFL Draft. Seen as a generational talent, Lawrence now takes over a ship that was sinking prior to his arrival.

The Jaguars lost their final 15 games a season ago, ultimately opting to hire legendary college football head coach Urban Meyer. He now pairs up with Lawrence to form one exciting duo in Duval.

As for the pick itself, there was no real anticipation. Meyer attempted to create doubt earlier in the week by suggesting that the Jacksonville Jaguars were choosing between Lawrence, Justin Fields and Zach Wilson. That obviously wasn’t the case.