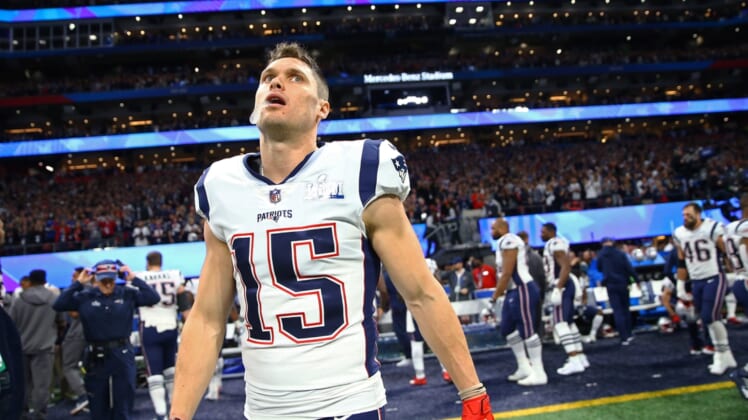 Hogan, 33, won two Super Bowl rings with the New England Patriots and spent nine seasons in the NFL. Before that, he played lacrosse at Penn State from 2007-10.

In 2009, he was a first-team All-ECAC selection when he scored 34 points on 29 goals and five assists. He finished his career with 71 points on 57 goals and 14 assists.

When he graduated from Penn State, he had one season of eligibility remaining and used it playing wide receiver and defensive back at Monmouth.

Playing in nine postseason games, he added 34 catches for 542 yards and four touchdowns.

In a 2019 interview with US Lacrosse, he said he’d like to compete in lacrosse again if the opportunity came up.

The three-round PLL Entry Draft is scheduled for March 25. Players who never have played in the league will be eligible, and the draft pool largely will be made up of players from Major League Lacrosse. The two leagues merged in December.

The PLL is made up of eight teams.