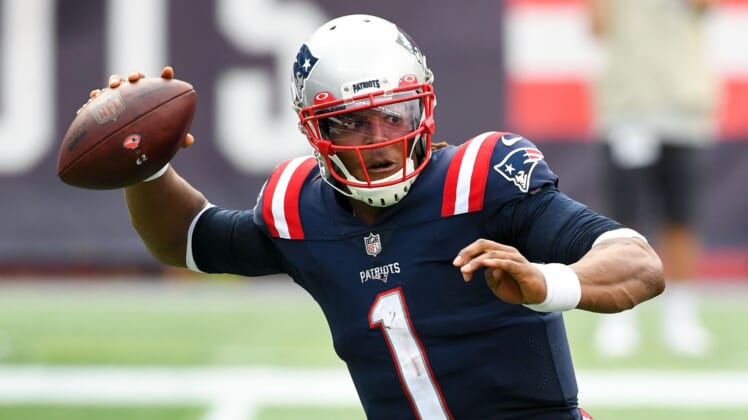 It came after the Tennessee Titans and Pittsburgh Steelers game was postponed due to an outbreak within the Tennessee organization.

We now have some information regarding New England’s game against the Kansas City Chiefs. It’s pretty good news.

In the statement, the NFL did indicate that this is pending further tests for both the Patriots and Chiefs. Remember, Chiefs practice squad quarterback Jordan Ta’amu also tested positive for the virus. The originally scheduled Falcons-Packers “Monday Night Football” game has also been moved to 8:50 PM ET on ESPN.

This comes amid more concerns about playing the 2020 NFL season outside of bubble-like atmospheres.

It was noted late Saturday evening that a member of the New Orleans Saints had tested positive for COVID-19, placing into question their game against the Detroit Lions. However, that was apparently a false positive. The game will go on as planned Sunday afternoon.

With that said, the NFL is now looking at the possibility of playing in bubbles moving forward on the season. The Titans’ outbreak coupled with news that Newton had tested positive brought this all to the forefront.

As it currently stands, the league is in a tenuous situation. Further postponements could lead to the powers that be within New York City taking drastic steps to help the 2020 season continue and conclude amid a worsening pandemic in the United States.

After that, it’s pretty much anyone’s guess what might happen. The NFL and its teams might have to change things up on the fly.