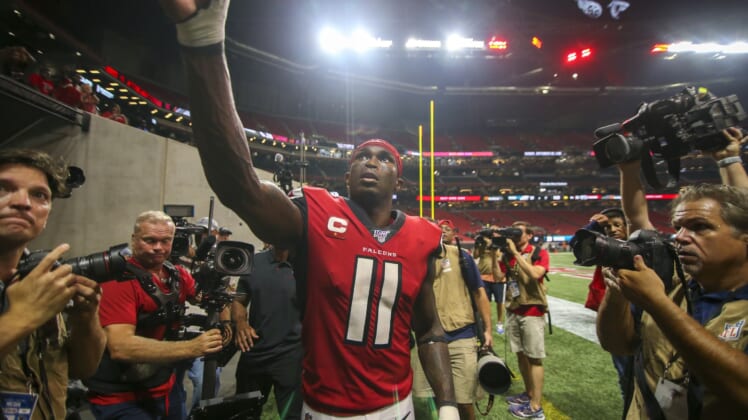 The Julio Jones trade finally happened, with the Atlanta Falcons agreeing to a blockbuster deal that will send the All-Pro wide receiver to the Tennessee Titans.

Jones and the Falcons have both wanted to part ways for months. Atlanta was facing an ugly salary-cap situation this offseason that kept it from signing its rookie class. Meanwhile, reading the tea leaves, Jones wanted out so he could compete for a Super Bowl in the final years of his legendary career.

Following weeks of NFL rumors, with various landing spots suggested, Jones finds a home that always made the most sense. He will team up with AJ Brown, who looks up to the All-Pro wide receiver, giving Tennessee one of the NFL’s best offenses.

As for the Falcons, this is the end result of a bad situation. Kyle Pitts was drafted to become the next featured weapon in Atlanta’s offense and it became evident Jones wouldn’t return when Atlanta spent the No. 4 pick on a tight end.

While the deal won’t be official for at least another day, many fans and analysts recognize the impact this trade will have on the 2021 NFL season.