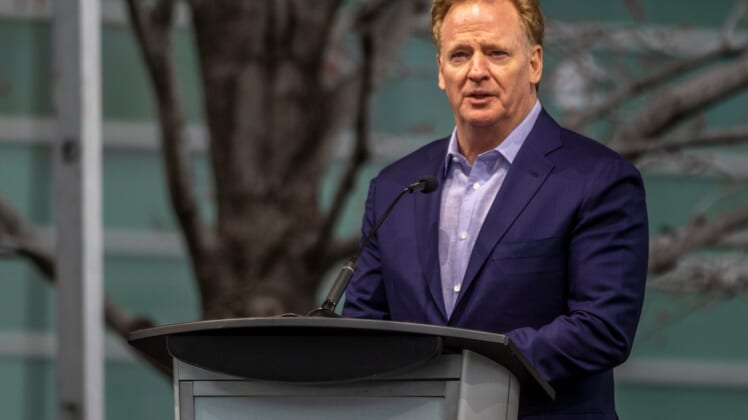 The 2022 NFL schedule will be divulged one piece at a time before the full reveal May 12.

The NFL announced Thursday that it will announce Amazon Prime Video’s first “Thursday Night Football” game (Week 2) during the first round of the NFL draft on April 28.

The league will then announce all International Series games May 4 and reveal select games during the week of May 9. Its schedule release show on NFL Network will be May 12 at 8 p.m. ET.

The 32 NFL teams already know which teams they will face next season as a result of the league’s scheduling formula, but the order of games and which ones will be played in primetime slots on national TV will be solidified during the schedule release show.

Five teams already know they will serve as the home team for international games. The Green Bay Packers, New Orleans Saints and Jacksonville Jaguars will participate in games in London. The Arizona Cardinals will play a game in Mexico City, and the Tampa Bay Buccaneers will be designated as the home team in the league’s first game in Germany, to be played at Allianz Arena in Munich.