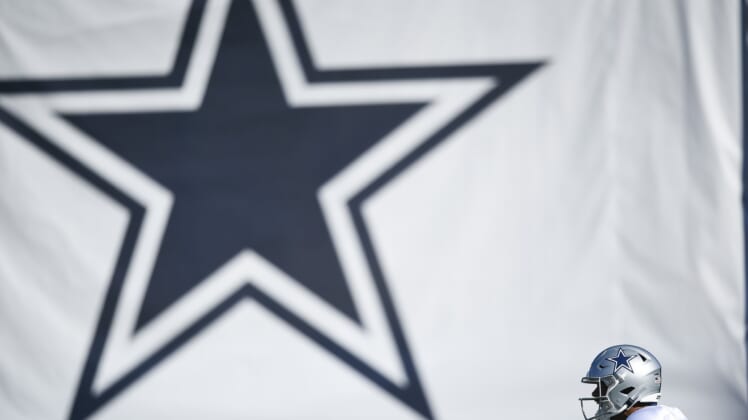 With NFL training camps expected to get going at some point next month, the league has now issued a memo to its teams.

According to multiple media reports, the NFL is telling its teams that they must remain at their own facility for training camp.

This is rather interesting in that multiple teams tend to leave their local regions for summer camp. That includes the Dallas Cowboys heading to Southern California and the Carolina Panthers training in South Carolina.

There’s going to be some wide-ranging ramifications when it comes to this. The Las Vegas Raiders were set to hold their training camp in Northern California. That’s no longer going to be the case.

It’s readily apparent that the league still plans on starting the season Sept. 10 despite the ongoing COVID-19 pandemic. Team facilities have slowly started to open up. The expectation is that minicamps will take place with players in attendance later in the month.

The backstory here is a pandemic that continues to spread across the United States and the need for widespread COVID-19 testing within the general population. While testing itself has increased, it’s not at the level that suggests mass gatherings.

It’s in this that at least one state housing three different NFL teams has indicated that it won’t see fans in attendance through the 2020 calendar year. Those teams were looking to potentially go out of state for training camp. That’s now not going to happen.

As with every other sport currently on hiatus, there’s going to be a lot of roadblocks for the NFL as it prepares to return to some sense of normalcy. Forcing teams to host camps at their own facilities add another layer to this.