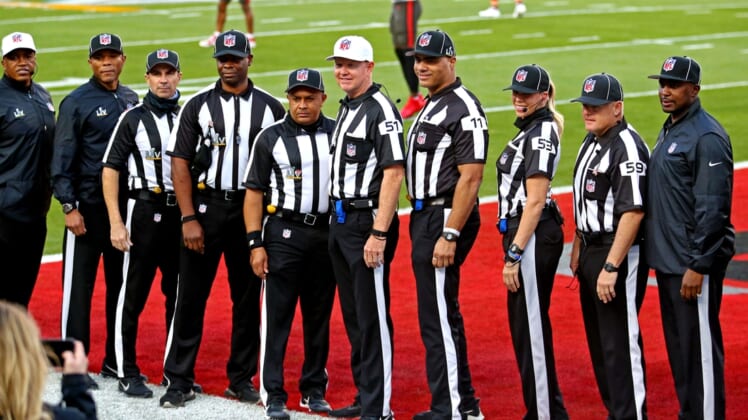 Though rejecting proposals for a full-time sky judge or booth empire, owners approved a change that gives the replay official in each press box authority to consult with on-field officials when “obvious video evidence is present.”

Game situations including possession, completions and interceptions, ball placement and down by contact can now be part of the purview of the replay official.

Owners also approved a one-year experiment to limit the number of players in the “setup zone” — within 25 yards of the ball — to nine in an effort to make it easier to recover onside kicks. Just three of 67 onside kicks were recovered in the 2020 season.

Other rules approved by the owners:
— Eliminating overtime in preseason games
— Change that ensures enforcement of all accepted penalties committed by either team during successive try attempts (Bears’ proposal)
— Change to add a loss of down for a second forward pass from behind the line and for a pass thrown after the ball returns to the line (Rams’ proposal)
— Amend rule to expand jersey number options for certain positions because of expanded practice squads (Chiefs’ proposal)