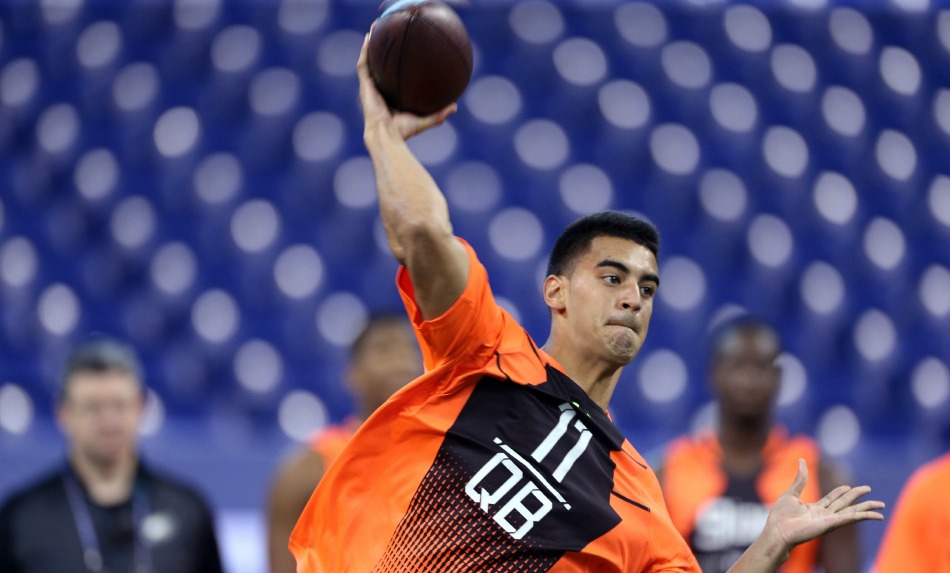 In the NFL’s offseason, two events shine above the rest. The NFL draft and free agency are the only two items on the offseason agenda keeping fans sane during their months of boredom. The time between these poor substitutes for actual NFL action occur on the edges of what I have deemed the season of speculation.

To fully enjoy this egregious and erroneous time when numerous NFL experts spend endless hours at their computers patiently writing their next worthwhile articles, let us discuss one of the most fawned-over prospects in recent draft history: Marcus Mariota.

Linked to everyone from the Philadelphia Eagles to the Tennessee Titans and every team picking between No. 1 and 20, Mariota is an anomaly. An anomaly in that no one knows where the quarterback will actually land. The 2014 Heisman Trophy winner will not attend the draft, and why should he? Just ask Aaron Rodgers—draft day is not always what it’s cracked up to be.

It’s no secret Eagles coach Chip Kelly loves Mariota, but his team would have to surrender too much value to land a player whose NFL ability is unknown. Surely interest is there, not to mention history dating back to the University of Oregon. But the chances of a Kelly-Mariota marriage at the professional level is minimal.

Assuming the Tampa Bay Buccaneers select Jameis Winston, as has been presumed for months, the Titans would be on the clock at No. 2. While Tennessee has asserted its faith in Zach Mettenberger, the team’s sixth-round pick in 2014, said faith could be a smokescreen to drive up interest in a trade for the second-overall pick.

Bleacher Report’s lead NFL Draft writer, Matt Miller, recently mocked Mariota to the Titans, changing his previous pick of USC defensive lineman Leonard Williams. Miller writes that no one really knows what the Titans will do. More importantly, he touches on changes to Mariota’s draft stock in recent months. A change that is synonymous to the season of speculation.

Mariota has gone from clear-cut No. 1 pick to developmental player, and there’s some truth to both. He is talented—athletic, accurate, smart and a high-character leader—and has big upside potential when you look at his work ethic and quarterback traits. He may not be what Ken Whisenhunt historically looks for in a quarterback, but the league is changing and the Titans need the franchise quarterback they haven’t had since Steve McNair.

Yet, should Mariota’s slide from top prospect to—as Miller calls it—a “developmental player” continue, it is not hard to imagine teams taking a sure bet like Clemson defensive end Vic Beasley or Alabama wide receiver Amari Cooper over a project quarterback.

Say Mariota slides past the Titans at No. 2. Where is his next viable destination?

The Jacksonville Jaguars and Oakland Raiders both drafted rookie quarterbacks last season, hedging their futures on Blake Bortles and Derrick Carr, respectively. Next up are the Washington Redskins at No. 5 and the New York Jets at No. 6.

Both franchises have a current starter in place—Geno Smith for the Jets and Robert Griffin III in Washington. Yet, neither quarterback was drafted by their current coaching staff and, therefore, no one should be surprised if either team took a shot at a potential franchise cornerstone in Mariota. 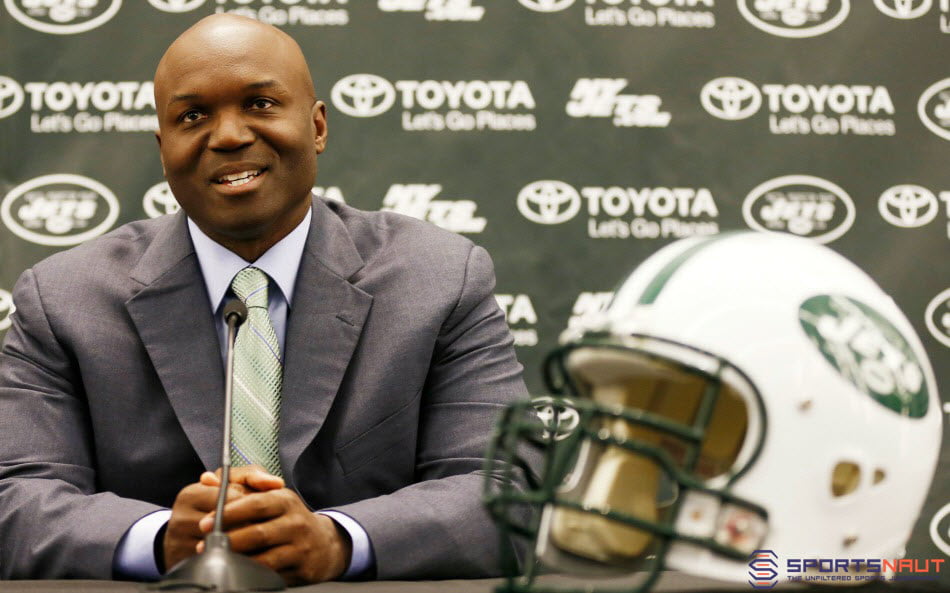 Back in February, Miller had a similar mindset and mocked Mariota to the Jets. Should the Oregon quarterback fall past the first four or five teams, there is little doubt the Jets would take the quarterback—especially given the report that head coach Todd Bowles wants to add another quarterback this offseason. At the very least, New York could add a handful of picks to trade No. 6 should Mariota fall, as he would certainly generate attention from a slew of teams at that draft spot.

Franchises interested in Mariota include the Cleveland Browns, Houston Texans and St. Louis Rams in addition to the teams mentioned previously. Any of these franchises could ponder a trade up for the quarterback, should he fall out of the top five.

What will happen on draft day? Predicting Mariota’s landing spot would be akin to guessing which handheld device will baffle Tom Coughlin next. It is nearly impossible. Therefore, enjoy the season of speculation as a fan and not a critic, because no one knows for fact what will happen when the NFL draft begins on April 30th in Chicago.