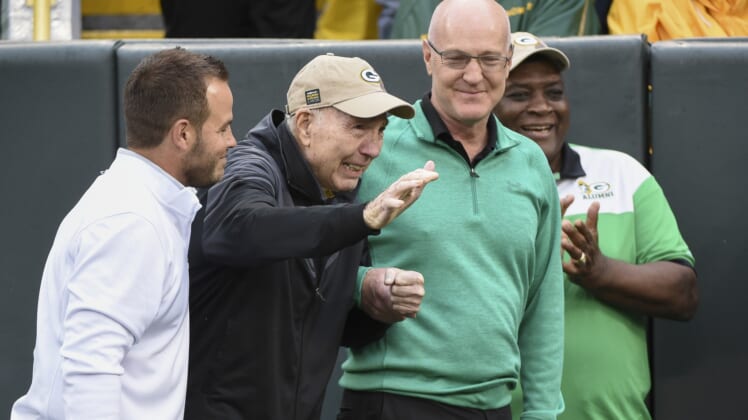 The NFL lost a great man on Sunday, as Green Bay Packers legend Bart Starr passed away at the age of 85 after battling poor health since his stroke in 2014.

Beloved by all, Starr became an NFL icon for his gritty touchdown in the 1967 NFL Championship Game (better known as the Ice Bowl).

Starr, a Hall of Famer whose on-field merits are legendary, won five championships in the span of a decade, was the MVP of Super Bowl 1 and Super Bowl II, and the 1966 NFL MVP.

As the news of his passing spread around the league, the NFL community celebrated his life while mourning his death.