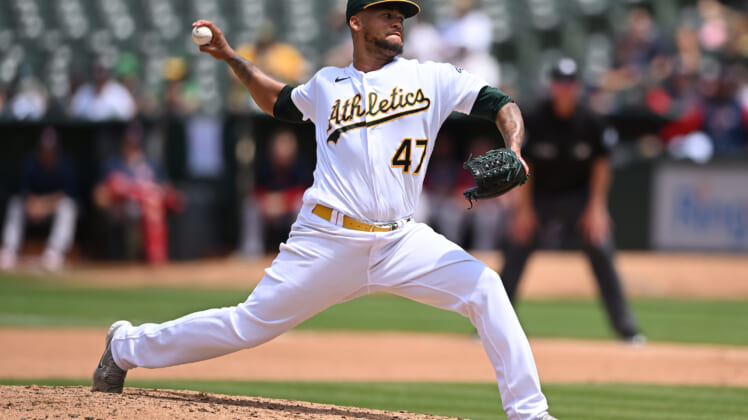 The New York Mets hope to get Max Scherzer and Jacob deGrom back well in advance of the MLB trade deadline. However, regaining a pair of Cy Young Award winners seemingly won’t change the team’s pursuit of impact pitching this summer.

New York entered the 2022 season near the top of the MLB rotation rankings, featuring a pitching staff that includes five Cy Young Awards (Scherzer, deGrom), an All-Star (Chris Bassitt) and a healthy Carlos Carrasco. While deGrom went down, the blow to the rotation was lessened with the emergence of Tylor Megill.

Unfortunately for New York, Megill and Scherzer soon joined deGrom on the injured list. While Megill is rejoining the rotation, his fellow injured teammates aren’t returning until early July in a best-case scenario.

Even when they are cleared to return to the mound at Citi Field, Andy Martino of SportsNet New York reports the Mets are still going to be looking for high-end pitching.

Related: Frankie Montas to the New York Mets, how a trade might look

There are compelling options expected to be available this summer. The Cincinnati Reds already started shopping Luis Castillo and Tyler Mahle, both young starters under contract control through the 2023 season. Likewise, Oakland Athletics ace Frankie Montas is the crown jewel of the trade market this summer and he is under contract next year. 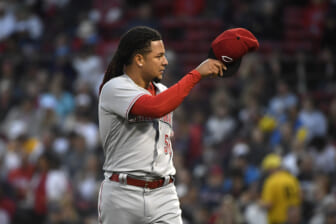 Also Read:
Luis Castillo to the New York Mets, how a trade might look

Pursuing a high-end starting pitcher might not seem like the best use of the Mets’ prospects. However, the front office also needs to think about the future. deGrom, Bassitt and Taijuan Walker can all become free agents this winter.

Adding a young arm with considerable upside would solve a long-term problem for the Mets. Furthermore, trading for Castillo or Montas this season would allow New York’s pitching coaches to start working with them on mechanics and any potential changes to their pitches as soon as possible.

Even the best hurlers available this summer won’t require New York to trade away Francisco Alvarez, its top prospect with the tools to be a perennial All-Star catcher. With ownership and the front office on the same page about competing for the MLB playoffs and a World Series this year, it wouldn’t be a surprise to see a significant addition made in July.