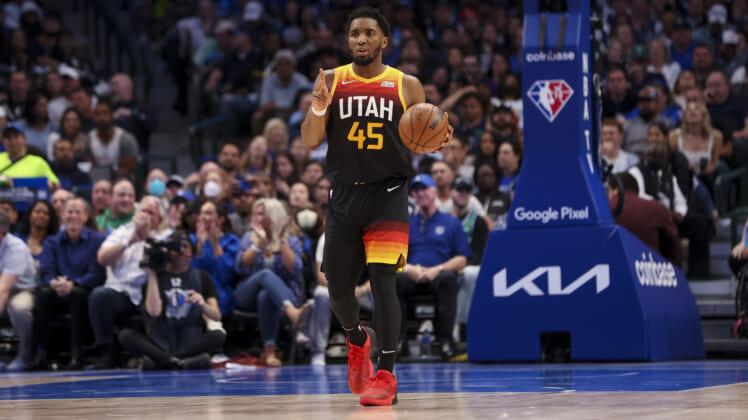 If the New York Knicks have any hope of landing superstar guard Donovan Mitchell in a trade this summer, they may need to root against one of their assistant coach’s attempts to become the next Utah Jazz headman.

The Knicks’ desire to acquire Donovan Mitchell have been an ongoing rumor for a couple of years now. However, it has always been a bit of a pipe dream since the Jazz won’t willingly trade one of their best players of the last 20 years. So any chance New York would have of getting the three-time All-Star would be by Mitchell requesting a trade from the team that drafted him in 2017.

Up until now, there has been little evidence that Mitchell has seriously pondered taking that sort of step. Yet, a glimmer of hope appeared last week when the team’s head coach for the last eight seasons, Quin Snyder, decided to resign as the team proceeds with making some significant changes to the roster this offseason. After they were bounced in the first round of this year’s NBA Playoffs.

Snyder’s surprising decision reportedly “unsettled” Mitchell. Leaving him disappointed and unsure of the team’s future. That reaction is unsurprising since Mitchell rose to prominence in the league under Snyder’s guidance over the last five seasons.

In recent days, various reports from ESPN NBA insider Adrian Wojnarowski have revealed the many NBA assistant coaches being considered for the Jazz opening. One of them is New York Knicks assistant Johnnie Bryant.

In most cases, Bryant being up for such a position would likely emit a reaction of best wishes and hopes from the organization’s executives. However, a new report from SNY Knicks insider Ian Begley suggests the organization may actually have to hope Bryant isn’t the next coach of the Utah Jazz.

On Tuesday, Begley revealed that it is “well known that Knicks associate head coach Johnnie Bryant and star guard Donovan Mitchell have a strong relationship.” Begley believes this will likely make Bryant a candidate the organization seriously considers since all reports are they want to be in the Mitchell business for the long haul. 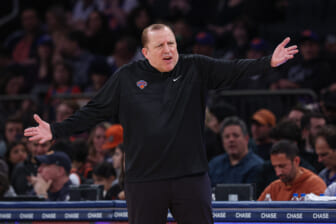 The SNY contributor also stated that Bryant “has support within the organization beyond Mitchell” and has been previously praised by Knicks talents like RJ Barrett and Kemba Walker for his work.

If Mitchell ends up getting a new head coach he has a strong connection with, the chances of him asking for a trade in the next few years become slim to none, meaning the Knicks should hope Bryant isn’t hired. Or they’ll have to hope another young star becomes unhappy with their current surroundings.