The New York Jets are a Mess

Geno Smith completed 4-of-12 passes for 27 yards in the first half of the New York Jets 31-0 loss to the San Diego Chargers on Sunday. When the team came out in the second half, Michael Vick was the quarterback. He proceeded to complete 1-of-11 before the Chargers went to prevent defense following the two-minute warning.

At the end of the disastrous day for Rex Ryan’s squad, their quarterbacks had tallied the following stat line…

That’s 60 net passing yards for a team that simply can’t produce a darn thing through the air. And in reality, it’s been an absolute joke for the team over the first five weeks.

New York’s production with Smith under center in the first half was a prime example of this embarrassing offensive display. Just look at the numbers. 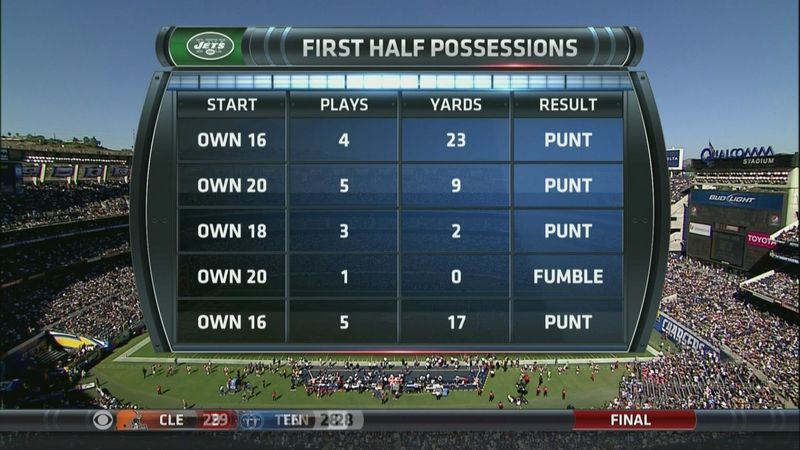 Courtesy of SB Nation: New York’s first half possessions were…

Sadly, there isn’t much hope of this team improving on offense or competing on a consistent basis moving forward this season. And anyone who thinks a washed-up Vick is the answer, isn’t in tune with just how bad he’s been recently.

The larger issue at hand is Rex Ryan’s job security. Let’s say this team drops its next five games (a possibility) before a Week 11 bye, would Ryan remain the team’s coach coming out of the bye?

In any event, having to rely on the combination of Smith and Vick simply can’t be good for Ryan’s  job security (or health).