New York Jets have ‘lost all confidence’ in Zach Wilson, done with him after this season

The New York Jets reportedly are ready to move on from Zach Wilson following this season after reportedly losing “all confidence” in him being their future franchise quarterback.

Wilson’s rookie season in the NFL was filled with many growing pains. However, that was to be expected for a 22-year-old playing the hardest position in the sport. Yet, despite the issues he had in his inaugural season, he did showcase the potential that made him the second-overall pick in the 2021 NFL Draft.

The New York Jets and Zach Wilson entered 2022 with a great deal of hope that his learning curve would begin to go upwards. Unfortunately for the organization, he has shockingly regressed this year. It is why the 23-year-old was benched in November after a pair of horrid starts against the Patriots were enough for head coach Robert Saleh.

Wilson was thrust back into the starting spot two weeks ago when replacement Mike White went down with a rib injury. However, after a solid start in Week 14, on Thursday night the BYU standout was so bad that he was inundated with boos from Jets fans and benched again. This time in favor of former CFL QB Chris Streveler.

It’s why it should not come as a surprise that internally, the New York Jets plan to move on from Wilson next season.

New York Jets done with Zach Wilson after this season

On Saturday morning. Fox NFL insider Jay Glazer reported the latest in the Wilson situation in New York and revealed the team will not be going forward with him as their starting QB in 2023.

“They’ve lost all confidence in Zach Wilson. Zach lost confidence himself going into that last game, came out with even less confidence — expect the Jets to move on from him after this season.” 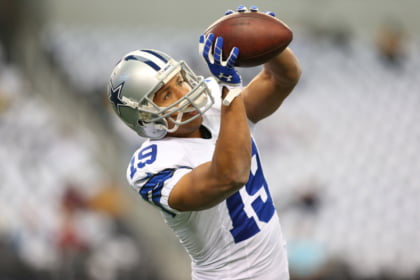 In his report, Glazer revealed that Mike White has multiple fractures to his rib and it is unclear when, or if he will return this season. Meaning Wilson could still get more starts for the New York Jets before the 2022 NFL season comes to a close.