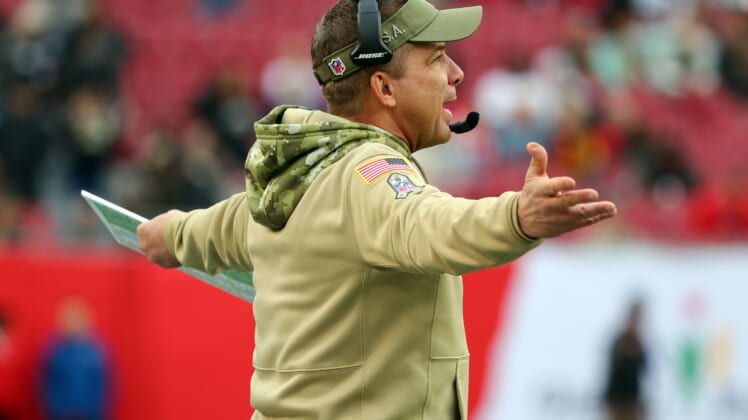 The 2020 NFL season is finally here and fans are especially excited for the Week 1 clash between the Tampa Bay Buccaneers and New Orleans Saints. However, the biggest game of the NFL’s first week could be in jeopardy.

New Orleans is set to host Tampa Bay in the Mercedez-Benz Superdome on Sunday without fans in attendance due to state regulations created due to the COVID-19 pandemic. Unfortunately, both teams may not be allowed inside the stadium, either.

Before the Saints and Buccaneers take the field for Sunday’s season-opening Week 1 battle, government officials must grant permission for the game to be played. As of Thursday night, that seemingly hasn’t happened.

According to WDSU’s Travers Mackel, the city of New Orleans is still in talks with the Saints regarding plans to have an NFL game inside Mercedes-Benz Superdome on Sunday.

Louisiana has been in Phase 2 of its reopening stages to combat the COVID-19 pandemic. The restrictions severely impacted local businesses, restaurants, churches, gyms and schools. Notably, it also meant that football games couldn’t be played.

While the state announced on Thursday it is moving to Phase 3, a pivotal step in Louisiana’s efforts to boost the economy and return closer to normalcy, the Saints won’t benefit from the decision.

LaToya Cantrell, the mayor of New Orleans, told reporters on Thursday that the city would remain in Phase 2 of its COVID-19 protocols. If the Saints don’t receive approval from local officials, with only a few days before the game kicks off, drastic changes would need to be made.

Due to the pandemic, NFL teams won’t travel to the host city until the day before the game. As a result, the Saints could have until late Friday or early Saturday to receive clearance. If they don’t receive approval, the NFL would likely need to step in and try to move the game to Tampa Bay.

If that were to happen, we would likely see the division rivals swap their matchup this season. The Buccaneers would host the Saints in Tampa Bay on Sunday, with the Buccaneers then traveling to New Orleans in Week 9.

While moving the game to a different location less than 72 hours before kick-off is far from ideal, this is the NFL’s biggest game in Week 1. A matchup between Tom Brady and Drew Brees, with both teams contending for the Super Bowl, is a must-see event for sports fans.