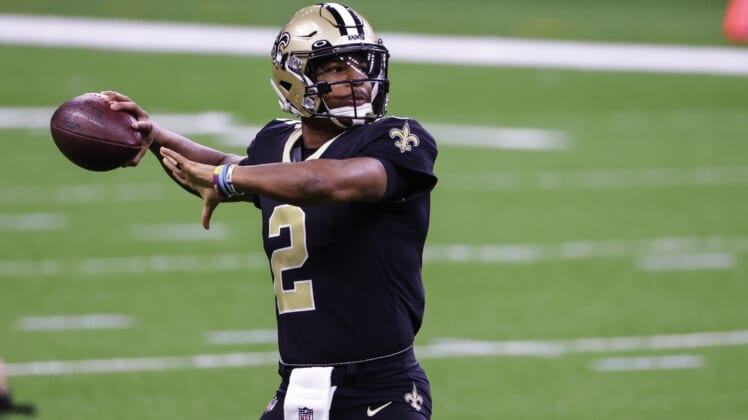 The New Orleans Saints have agreed to a one-year deal with quarterback Jameis Winston for up to $12 million, according to a report from ESPN on Monday night.

Winston, 27, spent last season with the Saints as the backup to Drew Brees. He appeared in four games off the bench, completing 7 of 11 passes for 75 yards.

The Florida State product spent his first five seasons with the Tampa Bay Buccaneers. He threw for a career-high 5,109 yards and 33 touchdowns in 2019, but he also led the league with 30 interceptions.

Brees’ retirement this week opened the door for Winston to play a more prominent role in New Orleans in 2021. Another candidate to earn more playing time under center is Taysom Hill, who completed 88 of 121 passes for 928 yards, four touchdowns and two interceptions last season.

“Jameis Winston, we had a good year to work with, and he’s someone — I said it on record already — we’d like to sign back,” Payton said. “I’d like to see him competing to be that guy.”