Robinson, 33, was in line to be the team’s Week 1 starter opposite Marshon Lattimore. Robinson was in his second stint with the Saints after the team selected him No. 32 overall in the 2010 draft.

Robinson played in 12 games (four starts) with the Saints last season before being put on injured reserve with a hamstring injury. 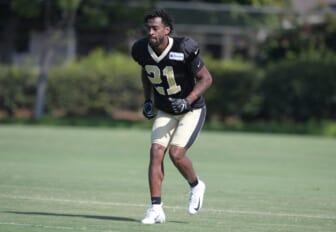