In 2016, the New England Patriots won the Super Bow with a 14-2 record, finishing first in both DVOA and weighted DVOA. They proceeded to get better during the offseason. 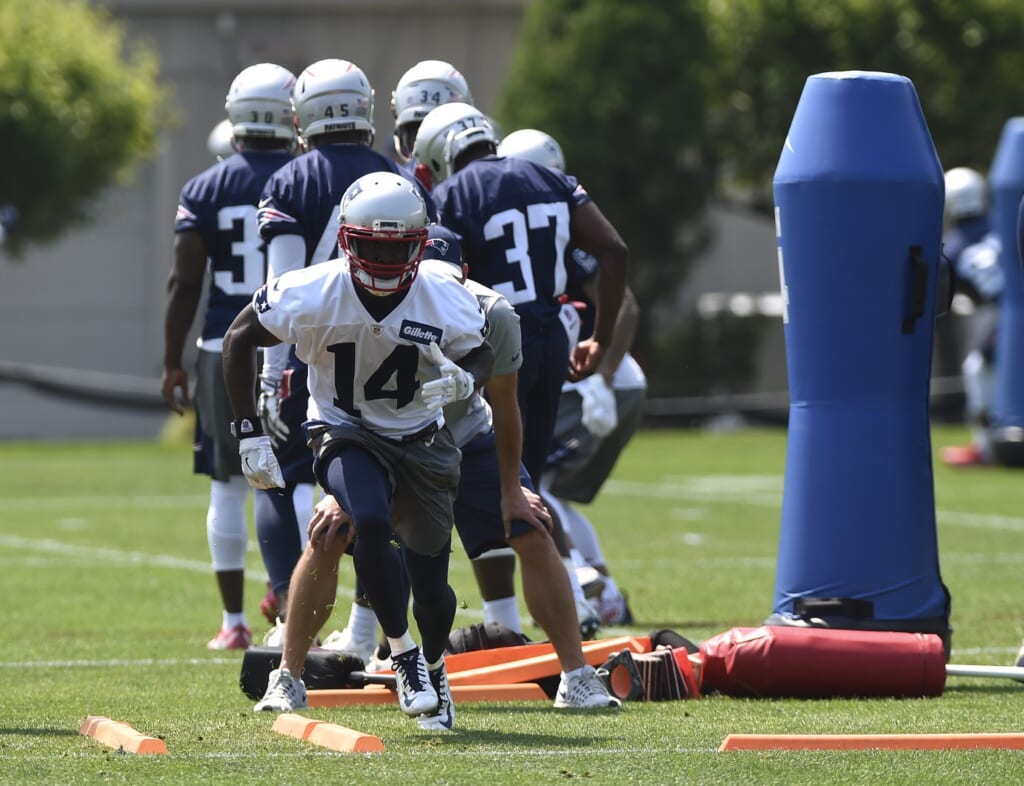 Cooks went for 1,173 yards on 78 receptions with the Saints last season. He also ranked 16th among wideouts in DYAR and averaged 15.0 yards per reception on a 67 percent catch rate. This is one of the best receivers and deep threats in football being added to an offense that was second in DVOA last season despite playing its backup and third-string quarterbacks for four games. Think about that for a second. It’s absurd.

Alongside Cooks in the receiving corps, Edelman is another perennial 1,000-yard threat. His 62 percent catch rate was somehow the lowest last season among New England’s best four receivers. Edelman had 98 receptions last season and could be in for a big year.

Defenses will likely key in on Cooks and Gronkowski, opening the door for Edelman to beat them out of the slot. Speaking of Gronk, if he stays healthy, there really isn’t a way to stop this group. That’s obviously far from a given — he played just eight games last season — but Gronkowski is impossible to match up with. When he’s lining up outside or in the slot, there isn’t a bigger weapon in the NFL.

Even with just eight games of work, Gronkowski was second among tight ends in DVOA. Don’t sleep on Chris Hogan either. He’s not a weapon of the same grade as the rest of this group, but Hogan led the league in yards per reception last season and ranked 11th among receivers in DVOA.

That group constitutes a solid offense even if Tom Brady isn’t the quarterback. But Brady — the greatest player of all-time — is the quarterback. Brady had a 98.0 PFF grade last season, first among all quarterbacks. He also ranked second at the position in DVOA and fifth in DYAR. On top of that, Brady threw just two picks, leading the league in interception percentage, and averaged 8.81 adjusted net yards per reception. That was in just 12 games.

Quietly, New England has built up a scary running game as well. Bill Belichick has publicly downplayed the importance of analytics, but he sure seems to be putting stock in a lot of the same players as the numbers.

Newly acquired Mike Gillislee had just 101 carries last season, but ranked first among running backs in DVOA and fourth in DYAR. He also led the league with 5.7 yards per carry.

Rex Burkhead, another offseason acquisition, didn’t have enough carries to qualify for ranking in either of those stats. However, among backs with 20-99 rushes, Burkhead led in both DVOA and DYAR.

On third down, James White and Dion Lewis are both great. White, who scored the winning touchdown in Super Bowl LI, had 60 catches for 551 yards last season.

He was also third among running backs in receiving DYAR. Lewis is an injury risk, playing just 14 games in the past two years combined. Despite that, it’s worth noting that he’s averaged 4.6 yards per carry in those 14 games.

Two years ago, the offensive line was the Achilles’ heel of this unit. With the return of Dante Scarnecchia as the OL coach last season, however, it saw a meteoric rise. The Patriots were in the top-10 when it came to both adjusted line yards and adjusted sack rate last season.

Right tackle Marcus Cannon was undoubtedly the largest benefactor of Scarnecchia’s presence, going from a 47.3 PFF grade in 2015 to an 88.8 mark last season. That ranked fourth among tackles. Nate Solder is quietly one of the better left tackles in the league, posting an 81.7 grade last season.

Right guard Shaq Mason has a chance to become an All-Pro, as the 24-year old had a great sophomore season. Mason had an 82.7 PFF grade, 14th among guards, with solid run/pass splits. Center David Andrews didn’t allow a single sack last season, per Football Outsiders’ Almanac. Left guard Joe Thuney is the only player on the line who struggled last season. He blew 23 blocks last season, per FOA, and had a 53.7 PFF grade.

This is an offense that can beat you any way it wants. They have the best passing game in football, four capable running backs and a strong offensive line. Good luck stopping it.

Defensively, the Patriots aren’t quite as unbelievable, but they’re still pretty good. Losing Rob Ninkovich to retirement and third-round pick Derek Rivers to an ACL tear will hurt, but there’s enough depth for the front four to withstand it. On the interior, Malcom Brown is only 23 and a strong run defender. Brown had an 83.7 run defense grade from PFF last season and will only get better.

On the edge, Trey Flowers was New England’s best pass rusher last season. This, however, was perhaps the only area in which the Patriots didn’t excel. Though Flowers had a solid 7.0 sacks, eight hits and 19 hurries last season at age 24, New England was only 28th in pressure rate, per FOA.

The team added Kony Ealy this offseason, who could certainly do well in a rotational role. However, without Rivers or Ninkovich, there isn’t much depth. Fourth-round pick Deatrich Wise could see time, but he’s already dealing with a concussion. 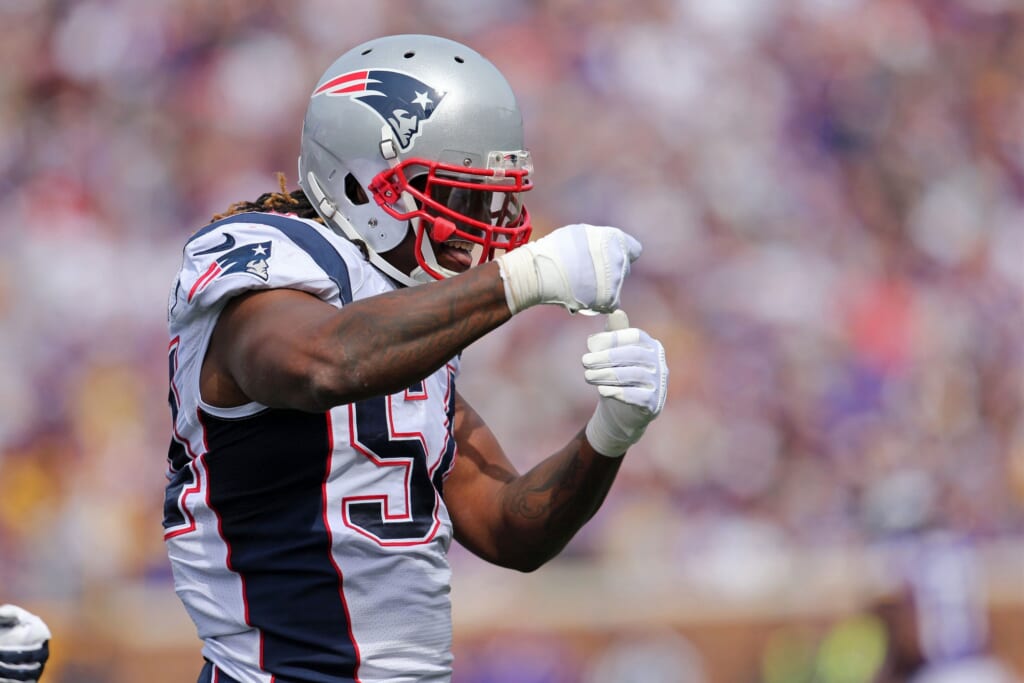 At linebacker, the Patriots are well-equipped with Dont’a Hightower. He gave up just 5.8 adjusted yards per target last season, per FOA, and ranked 12th among linebackers in PFF grading. Alongside him, it should be a healthy rotation. David Harris has certainly declined with age. He had a paltry 44 percent success rate in coverage last season, per FOA, but playing 900 snaps with the Jets probably didn’t help. A cut in playing time could help him retain some youth.

Kyle Van Noy was a solid piece for New England last season, ranking inside the top-30 linebackers in both success rate and adjusted yards per target according to FOA. The 23-year-old Elandon Roberts had a rough rookie campaign, but it’s not hard to see a young New England player improving given the team’s history.

After acquiring cornerback Stephon Gilmore in free agency, the secondary is the best part of this defense. Gilmore’s numbers don’t match his ability, mostly because Rex Ryan’s defense was a disaster in Buffalo. However, Gilmore has the skill to be a strong corner and Bill Belichick is probably the right coach to capitalize on it.

It’s worth noting here that Gilmore isn’t the best corner on this defense. Malcolm Butler ranked seventh at the position in PFF grading last season and had a 54 percent success rate, per FOA. Eric Rowe and Justin Coleman could both see time at nickel corner, but the former will probably get the bulk of the snaps. Rowe played just nine games last season, but had a 63 percent success rate and allowed just 5.7 adjusted yards per target, according to FOA.

At safety, Devin McCourty had a 90.5 PFF grade last season, which ranked fourth at the position. Alongside him, Patrick Chung and Duron Harmon will both see time, with Chung taking the bulk of it. The 30-year old was in the top-25 at the position in both success rate and adjusted yards per target, according to FOA. As for Harmon, he had a solid 75.9 PFF grade in just over 500 snaps last season.

It’s not easy to win back-to-back titles, but the Patriots are better equipped to do it than any champion in the past decade. Brady and Belichick are the best ever at what they do. Brady’s supporting cast is unbelievably good and the defense may finish top-10 in DVOA to boot. Beating this team, come January, will not be easy.

If you would like to learn more about the advanced stats we used, check outFootballOutsiders.com, which is largely free, or ProFootballFocus.com which is not.