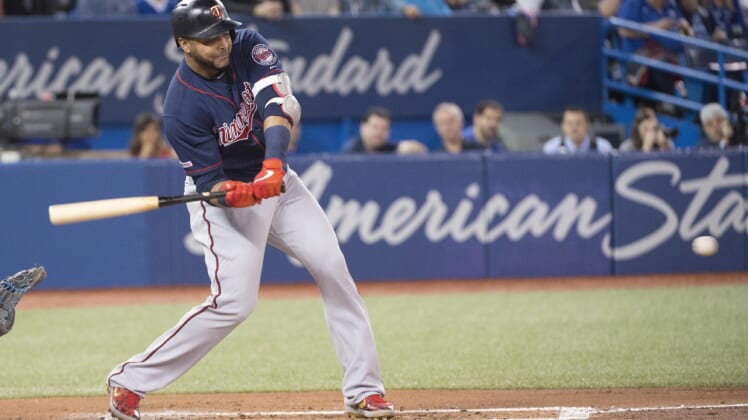 Minnesota Twins designated hitter Nelson Cruz is among the biggest names on the MLB trade block with the deadline quickly approaching next week.

It now looks like the veteran slugger is on the move. According to ESPN’s Jeff Passan, the Tampa Bay Rays are finalizing a deal to acquire the 41-year-old Cruz from their American League rivals.

For the second-place Rays, this could act as a major boon in their lineup. Star youngster Austin Meadows has seen a majority of the team at designated hitter this season. However, he has in the past been strictly an outfielder.

Currently boasting a 57-39 record, only four members of the Rays’ offense have tallied double-digit homers on the season. Adding Nelson Cruz and his 436 career homers is going to be big.

In announcing the trade, Minnesota revealed that it has received minor league pitchers Joe Ryan and Drew Strotman in exchange for Cruz and fellow minor league hurler Calvin Faucher.

This has to be considered a pretty nice haul for the Twins. In particular, Ryan should be of interest. He entered the season as the Rays’ 10th-ranked prospect, according to MLB.com. A seventh-round pick back in 2018, Ryan has pitched to a 4-3 record with a 3.63 ERA and 0.79 WHIP at Triple-A Durham this season. As for Strotman, he was ranked 17th among Tampa Bay prospects and had pitched well in Durham (7-2 record with 3.39 ERA and 1.42 WHIP).