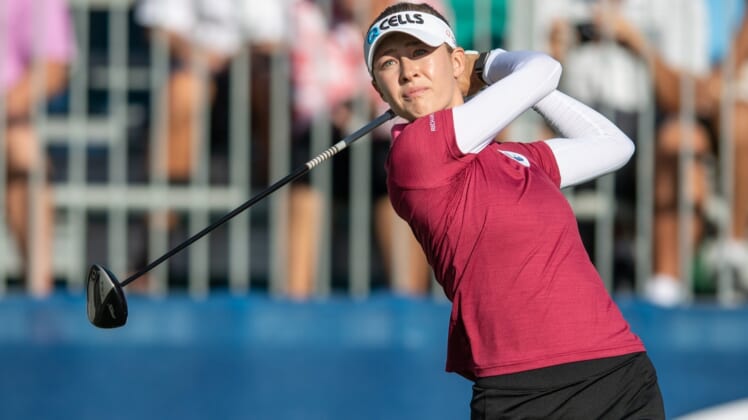 Nelly Korda, the reigning Women’s PGA Championship winner, will sit out the first major of the season as she continues her recovery from a blood clot in her arm

The 23-year-old Florida native, who isn’t playing this week in the JTBC Classic at Carlsbad, Calif., will also skip the major next week in Rancho Mirage, Calif., the Chevron Championship.

Korda revealed March 13 on social media that her arm began swelling following a “typical morning workout.” A doctor advised her to go to a hospital, where she was diagnosed with a blood clot.

Korda wrote at the time, “I am currently at home getting treatment to eliminate further risks.”

Her return date is unknown, but the entry deadline for the Chevron Championship was Tuesday, and Korda is not on the list, an event official confirmed to Golfweek.

Korda had registered four top-10 finishes in major tournaments before breaking through to win the Women’s PGA last summer at Atlanta Athletic Club. She went on to win the Pelican Women’s Championship at Belleair, Fla., last November for the most recent of her seven career LPGA titles.