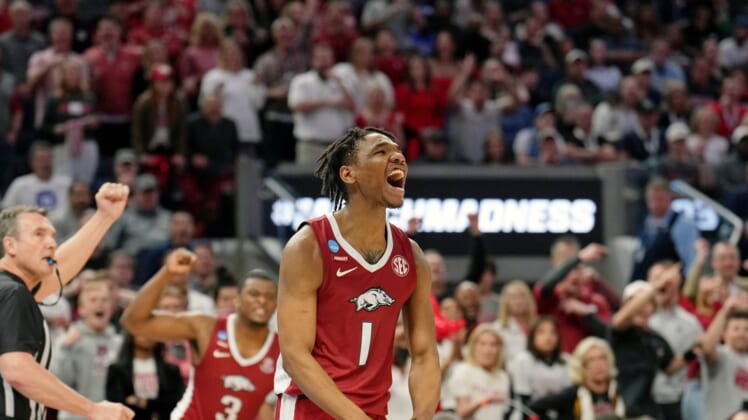 Drew Timme registered 25 points and seven rebounds and Julian Strawther had 12 points for the Bulldogs (28-4), who played in the Sweet 16 for the seventh straight NCAA Tournament. Chet Holmgren contributed 11 points and 14 rebounds before fouling out with 3:29 left.

The Blue Devils made their last eight shots and shot a torrid 70.8 percent in the second half to push past the Red Raiders.

Jamal Shead poured in 21 points and Kyler Edwards added 19, including a huge 3-pointer with 1:26 to play, as the Cougars waylaid the Wildcats in their Sweet 16 game.

Houston (32-5) will play second-seeded Villanova on Saturday in the Elite Eight. The Cougars never trailed, earning a six-point lead at halftime via its defense and holding off the deeper Wildcats in the second half with timely 3-pointers from Shead and Edwards.

The Cougars held Arizona to 33.3 percent shooting. Dalen Terry paced the Wildcats (33-4) with 17 points, while Bennedict Mathurin added 15 and Christian Koloko had 10.

The Wildcats got 22 points from Jermaine Samuels, hit timely shots and made key stops in a gritty 63-55 win over the Wolverines.