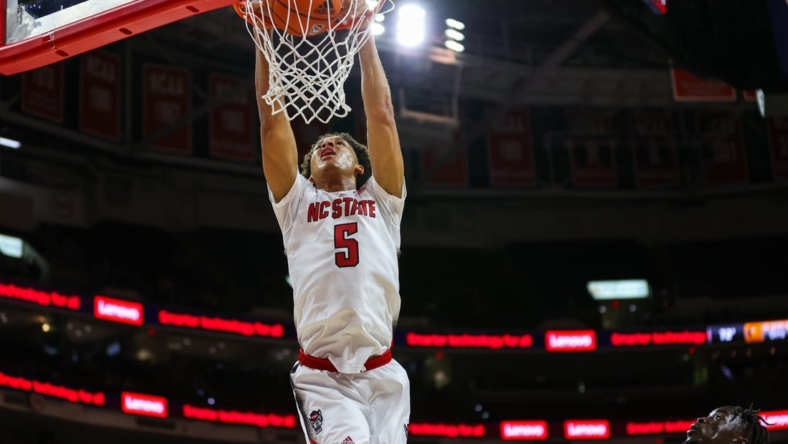 Terquavion Smith scored 19 points and Jarkel Joiner added 17 points as North Carolina State hung on for a 73-67 win over Campbell on Friday in Raleigh, N.C.

Smith went 6-for-11 from the field, including 4-for-8 from 3-point range, to go along with six assists.

Joiner made 6 of 13 field-goal attempts and scored 13 second-half points, including eight of the Wolfpack’s last 10 points to secure the win.

Jack Clark just missed a double-double for the Wolfpack (2-0), finishing with 10 points and nine rebounds.

NC State went up by nine on two occasions in the second half, including 57-48 on Joiner’s layup with 11:15 remaining.

The Fighting Camels countered with a 10-3 run capped by Anthony Dell’Orso’s jump shot that pulled Campbell to within 60-58 with 6:18 to go.

The Wolfpack pushed the lead to 69-65 on Joiner’s jumper with 1:34 left before Dell’Orso’s layup trimmed the gap to two with 43 seconds to go.

But that was as close as the Fighting Camels would get, as Joiner hit a jumper with 31 seconds left before Clark secured the win with two free throws with 18 seconds to go.

Smith carried the Wolfpack in the first half, scoring 17 points on 6-for-7 shooting from the field and 4-for-5 from 3-point range to go along with three assists. The rest of the Wolfpack shot 8-for-16 from the field but missed all four of their 3-point attempts.

Clemons and Lusane each scored seven first-half points for the Camels, while Devon Dunn added six.