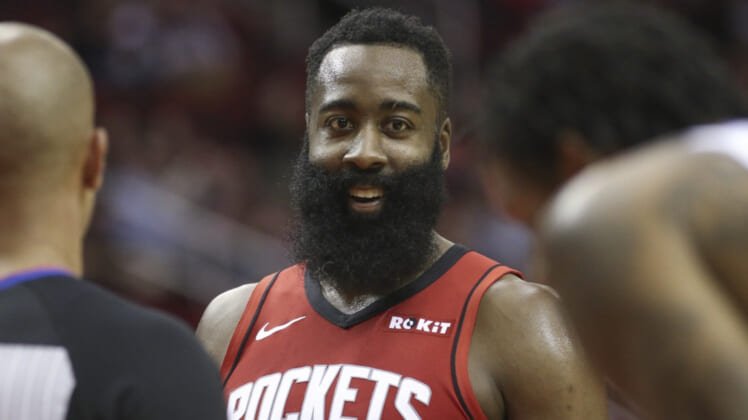 Dec 9, 2019; Houston, TX, USA; Houston Rockets guard James Harden (13) laughs after he made a basket while being fouled by the Sacramento Kings in the first quarter at Toyota Center. Mandatory Credit: Thomas B. Shea-USA TODAY Sports

It’s becoming a near nightly occurrence for NBA MVP favorite James Harden. In fact, we’re surprised when the Houston Rockets guard doesn’t go off for 50-plus points.

That was once again the case Wednesday night against the Cleveland Cavaliers. Harden dropped 55 points on 10-of-18 shooting from distance in Houston’s narrow win over the Cavaliers.

He was simply a dynamo on the court.

What’s surprising here is that Mr. free throw himself only attempted four shots from the charity stripe.

Averaging a league-best 38 points heading into the game, Harden upped his per-game average to nearly 39 points after just one outing.

Needless to say, those around the NBA world were in awe over yet another virtuoso performance from Mr. Harden.