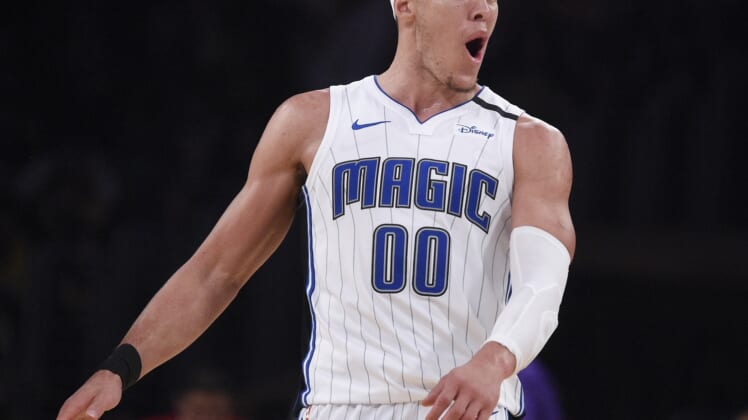 NBA fans waited years for Aaron Gordon to get his shot at redemption in the Slam Dunk Contest. Four years after he was robbed as Slam Dunk champion, Gordon was robbed again in one of the wildest dunk contests in NBA history.

Gordon and Miami Heat forward Derrick Jones Jr. put on a show throughout the night. The high-flying stars put on an absurd display of unbelievable dunks, ultimately sending it to a dunk-off. After the pair each earned 50s with a pair of dunks we might never see again, it all came down to the final dunk.

Jones’ dunk was certainly impressive, but the NBA world collectively stood up on its feet in shock when Gordon brought out Boston Celtics 7-foot-5 center Tacko Fall. No one thought it was possible that Gordon would leap over the NBA’s tallest player, then he somehow achieved the impossible.

All eyes turned to the judges’ scores and it was revealed that Gordon was robbed once more in the Slam Dunk Contest. He fell one point short of tying Jones Jr, a result that would have been fitting for the epic show the two forwards put on. Instead, a night full of highlights fans will never forget, will be remembered for Gordon being robbed.

As the sports world sat in shock from the absurdity of the scoring, fans, players and analysts quickly took to Twitter to roast the judges for stealing the dunk title from Gordon once again.