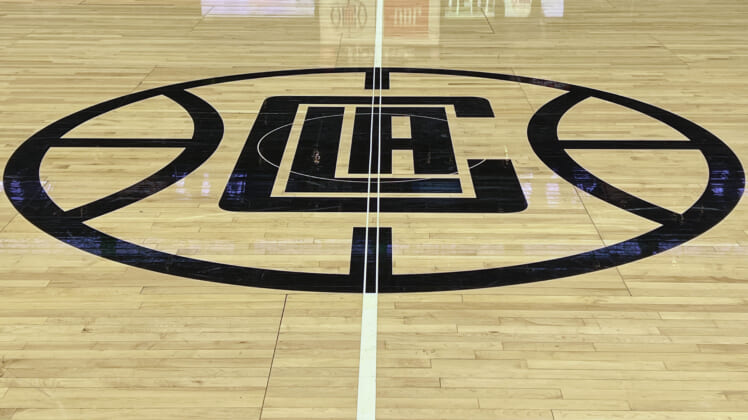 Over the weekend, reporters have been leaking and sharing information regarding the NBA’s Christmas Day lineup and specific regular season matchups. About larger markets, analysts have shared insight on the schedules for teams such as the Los Angeles Clippers, Los Angeles Lakers, and the Golden State Warriors.

Recently, The Athletic’s Shams Charania has tweeted out the NBA’s Christmas Day schedule as below:

Unfortunately, the Clippers weren’t granted a contest. To many, this was a surprise as the team is returning star forwards Kawhi Leonard and Paul George, who haven’t suited up together in over a year. Perhaps, the NBA wanted to feature a little bit of everything, from MVPs to the defending champions — which makes sense. Sadly, Los Angeles’ better team of late was left off. Though the day will still be filled with fun and festivity — but no Clippers.

Dropping more news, Charania gave NBA fans seconds as he shared the time and date of the first Clippers-Lakers game.

Clippers vs. Lakers part one

On October 20th, Los Angeles will be in a frenzy. The night will mark the first time we’ve seen a truly competitive hallway contest in almost two years. Due to injuries and load management, NBA fans haven’t even seen stars LeBron James, Anthony Davis, and Russell Westbrook on the court with wings Leonard and George yet. Sprinkle in guards John Wall and Norman Powell, and whew — talk about a firework show.

The oddities of the Los Angeles Clippers’ schedule

The latest on the NBA schedule is an interesting topic, considering Steve Ballmer’s team often gets the short end of the stick. Throughout the past few years, the Clippers have seen odd amounts of “back-to-backs” and other weird scheduling pains. As a result of being the third-tenant at the Crypto.com Arena, the club couldn’t wait to begin to play at the Intuit Dome any sooner.

After news of the league’s Christmas lineup was released, some have speculated that Adam Silver and other NBA executives may shift away from the Clippers for primetime games. It was understandable when the franchise cornerstones were absent last season, but now it would be plain ignorant.

Silver and co. may have their reasons, but LA belongs on everyone’s T.V. — because they’re good. The organization ranks second in most wins of the decade while making it to their first Western Conference Finals in franchise history, just in 2021. In addition, the team is healthy and as mentioned earlier, now features Wall and Powell, alongside so many other talents.

Hopefully, the Clippers earn a lot of games on providers like ESPN and TNT this season. The squad is on a mission this year. LA’s depth chart is elite, decision-makers are focused, and fans are ready for the Larry O’Brien trophy to take a trip to the red, white, and blue side of town.

As the Clippers’ time playing off Figueroa Avenue comes to a close, the NBA would be doing basketball enjoyers a disservice by keeping them off nationally televised games.

Expect LA to make some very loud noise this season, whether no one hears it or not.