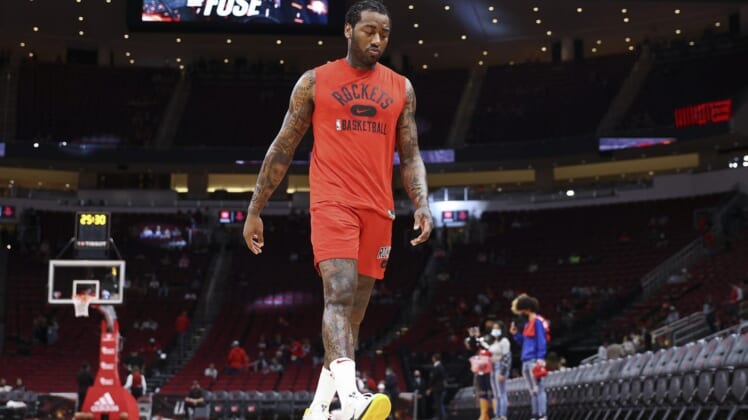 John Wall and the Los Angeles Clippers have agreed to a two-year, $13.2 million contract.

His agency, Klutch Sports, announced the news on Friday.

Wall, a five-time All-Star, exercised his $47.4 million option with the Houston Rockets for 2022-23, but he agreed to take a $6.5 million reduction if the team would buy out the remaining season on his contract.

Wall, 31, was once one of the NBA’s top performers, but injuries waylaid his career. He appeared in a combined 73 games in his final two seasons with the Washington Wizards, 2017-18 and 2018-19.

His four-year, $170 million extension kicked in at the beginning of the 2019-20 campaign, but he missed all of that season because of a ruptured Achilles tendon.

Wall was dealt to the Rockets on Dec. 2, 2020, along with a 2023 lottery-protected first-round pick in exchange for Russell Westbrook. Wall played in 40 games for Houston the rest of that season, averaging 20.6 points, 6.9 assists and 3.2 rebounds.

He made $44.3 million in 2021-22 but never saw a minute of action, with the Rockets preferring to pay him not to play as they focused on younger players. The team reportedly attempted to trade Wall during the season but was unsuccessful.

Selected first overall by the Wizards in the 2010 draft out of Kentucky, Wall spent nine years in Washington, averaging 19.0 points, 9.2 assists and 4.3 rebounds.

The Clippers (42-40) finished in eighth place in the Western Conference in the just-concluded season but failed to make the playoffs after losing twice in the play-in event. One of their two stars, Kawhi Leonard, missed the entire season due to a knee injury, while Paul George was limited to 31 games because of an elbow ailment.